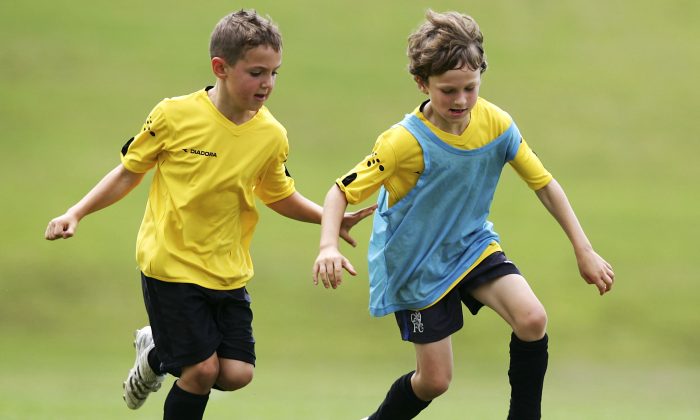 Could sport be the answer to stopping the radicalization of youth. (Brendon Thorne/Getty Images)
Australia

Stopping teenagers and children from being radicalized and sliding into violent extremism may be as simple as encouraging them to play sports, researchers from the University of New South Wales (UNSW) and the Université du Québec à Montréal (UQAM) have discovered.

In recent studies undertaken by the universities in the Southeast Punjab region of Pakistan, it was shown that sports build resilience against youth involvement in violent extremism, which is represented by acts of violence for the furtherance of an ideology, be it a religious, social or political cause. Violent extremist groups have also been found to target children who are isolated, promising them a better life and a sense of community.

The radicalization of youth is a significant problem in Pakistan, which experiences repeated accounts of extremist groups targeting, manipulating, and recruiting young individuals. South Punjab is more vulnerable to youth radicalization, the researchers argue, because there is a lack of economic and educational opportunities meaning children can become isolated from social exclusion, discrimination, trauma, and/or forced displacement.

The researchers found that sports promoted strength in a community by teaching children a wealth of positive values such as respect for others, teamwork, resilience, conflict resolution, fair play, and problem-solving. They also teach children honesty, respect, responsibility, and trust, as well as creating a sense of belonging.

Preventing the Radicalisation of Youth

In Australia and other western societies like the United States, there has been a rise in far-right extremist groups targeting and radicalizing youth online.

Most recently, in Australia, the Herald Sun reported on Aug. 18 that the Australian Home Affairs Minister Clare O’Neil was going to tell the Australia-New Zealand Counter-Terrorism Committee youth summit that the country had recently seen a case where a group of teenage supporters of the Islamic State had been using grooming techniques to radicalize minors in the school playground.

“Focusing on the most vulnerable children in the playground–loners, victims of bullies, kids having trouble fitting in–they at first deployed those age-old tactics of flattery and friendship,” O’Niel said. “That soon morphed into manipulation and coercion as they sought to desensitize their victims by showing increasingly graphic and violent Islamic State propaganda. Eventually, they were sharing beheading videos.”

In an email to The Epoch Times, one of the UQAM researchers involved in the study Umair Asif said because sports programs assist in developing bonds and social ties between young people, they are an ideal method to help move young people away from radicalization.

“These ties help to prevent the involvement of young people in negative activities, and it may prevent radicalization. It also helps diverse populations to understand each other and develop harmony,” Asif said. “Similarly, positive values of sport such as sportsman spirit help young people to adopt positive values in daily life.”

The researchers found that youth involved in the programs said before they joined, they felt alone and neglected and now feel like they have a purpose in their life and are important. Many of the children also said that through receiving the respect of their teammates, they were helped to feel equal.

The study also showed that sports could help reintegrate individuals who have been radicalized, excluded or forcefully displaced.

“Sometimes young people are radicalized or involved in criminal activities because of social isolation. The sport also helps to break down social isolation through friendship and bonding,” Asif said.

He noted that the concept has also succeeded in reintegrating child soldiers in Africa and integrating South Korean and reconciled North Korean children.

He said that as social ties may help to prevent online recruitment, sports recovery programs could also be used not just to reintegrate kids coming out of Youth detention back into their communities but also to reintegrate adult criminals back into society.

“So it has a broad context,” Asif said.

In an email to The Epoch Times, a Department of Home Affairs Spokesperson said sporting partnerships are one of the methods the Australian government has been using to promote resilience and social cohesion within the community.

The government counters violent extremism through a variety of efforts. These efforts include building up resilience within communities, rehabilitating and reintegrating violent extremists, launching online initiatives, and supporting the diversion of individuals that are at risk of radicalization.

“Programs delivered by states and territories under this framework are run across the country to refer, assess and support people at risk of radicalizing to violent extremism.”

The spokesperson said that the Australian government also works with state and territory agencies to counter violent extremism.

“Close partnerships between the Commonwealth, state and territory governments are central to Australia’s national approach to countering terrorism and violent extremism (CVE),” said the spokesperson.

“The Australian Government is committed to keeping Australians safe from all forms of violent extremism.”

Youth Radicalisation a Focus of the Australian Government

The Department spokesperson also said that the Australian government is focused on confronting significant and emerging threats to the community. Threats such as the radicalization of youth, particularly online, and the rise of nationalist and racist violent extremism.

To confront these threats, the government is taking multiple actions. These actions include establishing a CVE Centre of Excellence for Research, Risk Assessment and Training, as well as a national rehabilitation and reintegration program for violent extremists in custody and the community.

The spokesperson said that the CVE Centre, which will be within the Department of Home Affairs, will drive national research and ensure that frontline workers get access to the best training and tools to fulfill their jobs.

Other actions taken include expanding the Living Safe Together Intervention Program into regional and rural Australia, continuing efforts to combat online terrorist propaganda, and delivering a new CVE Grants Program.

The spokesperson said that the government is delivering the Grants Program to “increase awareness and build community resilience to violent extremism.”