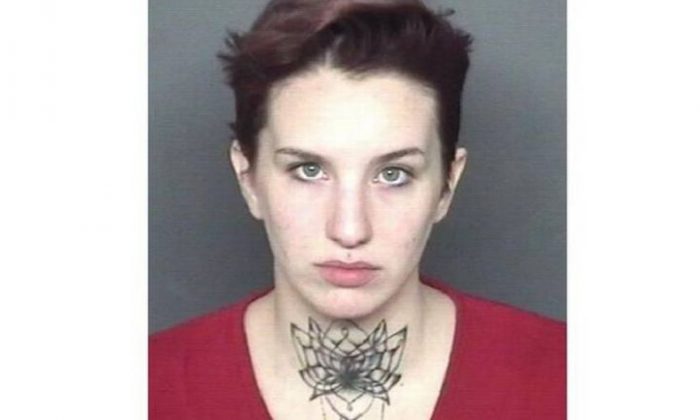 Pregnant Mom Allegedly Passes out on Heroin With Child in Backseat

A pregnant mother from Indiana allegedly passed out behind the wheel of her car at a stoplight with her young child in the backseat. Now, police say she was on heroin.

Police got a report of a woman passed out behind the wheel of a car near North Governor Street and East Columbia Street in Evansville at around 11 p.m. local time on Monday, Dec. 11.

Onay didn’t move at the light for some time—even though it changed from red to green several times, the Fox affiliate reported. When the driver sounded their horn, her car rolled forward and was nearly hit by another vehicle.

Officers had to pull Onay out of the car.

The 10-month-old child in the backseat was taken into custody by the Department of Child Services, according to the report.

A syringe and .10 grams of heroin were found in her car, police said.

Onay admitted to officers that she had injected heroin about 10 minutes before she passed out. Meanwhile, she told cops that she’s five months pregnant.

According to TristateHompage.com, Onay told police that she had been off the drug for two years but recently relapsed.

The incident is the latest example of the opioid crisis that’s swept across the United States.

More than 90 Americans die each day from using opioids, according to the National Institute on Drug Abuse.