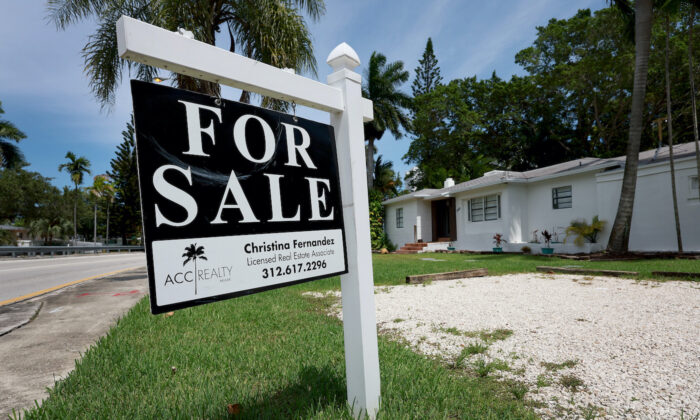 Is Now a Good Time to Buy or Sell a Home?

Experts discuss the benefits and drawbacks
By Mary Prenon

In 1982, the British punk rock band, The Clash, released their hit song “Should I Stay or Should I Go.”   Forty years later, potential home buyers and sellers are now asking themselves that very same question.

With mortgage interest rates currently near 6 percent for a 30-year fixed plan, many would-be home buyers are debating whether they should remain in their current housing situation or plunge into the home-buying market before the rates escalate even further. Home sellers are also facing a difficult decision of whether to list now and reap the rewards of the tail end of the sellers’ market or stay in their homes until interest rates subside.

Shawn Snyder is the head of investment strategy for Citibank’s Personal Wealth Management division in Manhattan and has been a featured guest on several major television networks. “I think we’re going to see an increasing number of people waiting to purchase a home, and we’re starting to see that already,” he told The Epoch Times.

Sentrilock’s May Foot Traffic Report indicates home showings were down 24 percent nationally, and declined in every region, with the largest decline in the Northeast at 55 percent, followed by the Midwest at 29 percent, the West at 27 percent, and the South at 14 percent. “When you look back at 2021 when the lowest rates were around 2.96 percent, the numbers have almost doubled now,” Snyder noted.

The decision as to the optimal time to buy a home also depends on the mindset of potential buyers.

“If they really love a home and plan on living there for a long time, then that’s like making a long-term investment,” he explained.  “But if they plan to move in a few years, they could be taking a risk that the home prices may not come back to their current levels. People have to think about their individual situations.”

Meanwhile, rents continue to rise, leaving many potential first-time home buyers with a difficult decision about if and when to buy.  Rent.com’s June Rent Report shows rents have continued to rise nationwide. One bedrooms were up 25.5 percent and two bedrooms 26.8 percent year-over-year. On average, Americans are paying $1,722 per month for one-bedroom units, and $2,047 for two-bedroom apartments.

“In Manhattan, where the average monthly rental is close to $4,000, the cost of renting versus buying under the current conditions may be less,” said Snyder. “However, in other parts of the country, monthly mortgage payments may be about the same cost or less than a rental.”

Snyder also believes potential homeowners may start to move away from fixed-rate mortgages and choose variable-rate mortgages instead.  “That way, if the rates do come down in the future, they’ll be able to take advantage of the lower rates,” he said.

On the other side, Synder believes sellers are in better shape. “The inventory is still low and the homeowner vacancy rate is still below one percent on a national level,” he added.  “I also think at some point, the market is going to become more steady.”

For the ninth consecutive month, the South recorded the highest pace of price appreciation compared to other regions of the country. May’s median sales price of a single-family home in the South was $375,000–a 20.6 percent jump from just one year ago.

Nikki Field, one of the top agents with Sotheby’s International Realty in Manhattan, believes New York and other urban area buyers on the fence should act now. Despite the recent rise in mortgage rates, they remain much below the 50-year average of 7.8 percent, she told The Epoch Times.

Field recalled the late 1970s through the ‘80s when mortgage rates neared 20 percent. “Frankly, the luxury market could care less about the rates,” she said.  “They’re just looking to diversify their portfolios and many of them are doing all cash deals.”

Even first-time homebuyers, Field notes, are still aware that New York remains a “value play” and should take advantage of the upcoming Summer market.  “The Summer is typically a much slower market, so these buyers may be able to capture the best price. If they strike in August, they may find some leftover properties from the Spring and anxious sellers may be more willing to negotiate before more competition in the Fall market,” she explained.

As rents in the Big Apple and other major cities continue to surge forward, first-time homebuyers are still scrambling to get a piece of the pie despite Manhattan’s average entry-level prices of $780,000 to $800,000 for a one-bedroom apartment. “Anything under $1 million is still considered a bargain,” added Field.

One of the most popular requests for apartments is outdoor space, with a terrace or garden. Co-ops generally tend to be priced lower than condos, which often feature amenities such as a pool, gym, playroom, and lounge.

For potential home sellers, Field advises them to wait.  “I think they need to evaluate the second quarter numbers and make sure they’ll be able to get what they want for their properties,” she said.  “If they’re relocating or they’ve already identified a great deal on the buying end, I’ll suggest they price their property correctly so it can move quickly.”

Those seeking the American Dream in other sections of the country may find the Midwest to be the most promising area. Recent reports from both Zillow.com and Realtor.com have identified Indianapolis, Indiana, and its suburbs as one of the most affordable areas to live in the United States.

Justin Perrey, of the Perrey Home Team of Realty One Group New Horizons in Indianapolis, told The Epoch Times that much like the rest of the nation, his area has also seen soaring home prices and low inventory. “Now, with higher interest rates, some first-time homebuyers are being priced out of the market,” he said. “Some people who were pre-approved a few months ago are now finding they can afford to spend less on a house due to those rising rates.”

The decision to buy or sell now, as opposed to waiting, is a “mixed bag,” noted Perrey. “Some want to buy now because they’re afraid things get worse, and others are just watching the interest rates to see what’s going to happen.”

Like Field, Perrey recalls the days of double-digit mortgage rates and suggests people who want to buy should do it now, while the rates are still relatively low.  “I don’t have a crystal ball, but I think we could be looking at anywhere from seven to nine percent by the end of the year,” he said. “If you can do it now, you should because in the end, it’s still a lot better than paying rent.”

As in many parts of the nation, rents are also rising steadily in Indianapolis. “I think personally the best thing you can possibly do–as a first-time home buyer–is to find a starter home or a multi-family home where you can rent out available units to help with your income,” he explained.  “This way it also becomes a long-term investment that can help you when you’re ready to make your next move.”