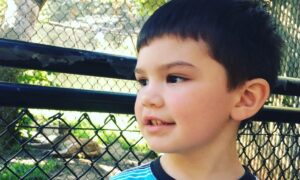 What do Mother Teresa, classic cowboy film stars, and evergreen trees have in common? They’re all featured subjects of the U.S. Postal Service’s 2010 stamp program.

On Jan. 14, the Post Office will issue the third of 12 stamps celebrating the Lunar New Year series. This soon-to-be-released 44-cent stamp will commemorate the Year of the Tiger, which begins on Feb. 2, 2010.

As in years past, the natural world is featured prominently in the 2010 selection of stamp designs. Subjects include the flora and fauna of the Hawaiian rain forest, basket-of-pansies “LOVE” stamps, and a 64-cent Monarch butterfly stamp showcasing the work of nationally acclaimed artist Tom Engeman.

Winter scenes are available in October with stamps that highlight the foliage and cones of four different conifers: ponderosa pine, eastern red cedar, blue spruce, and balsam fir. The evergreen artwork was painted by the late Ned Seidler, who often used cuttings from his own yard for reference.

Other designs include the Vancouver 2010 Olympic Winter Games, Michigan’s Mackinac Bridge and classic cartoon characters from the Sunday funnies, such as Archie, Beetle Bailey, Dennis the Menace, Garfield, and Calvin and Hobbes, available in July.