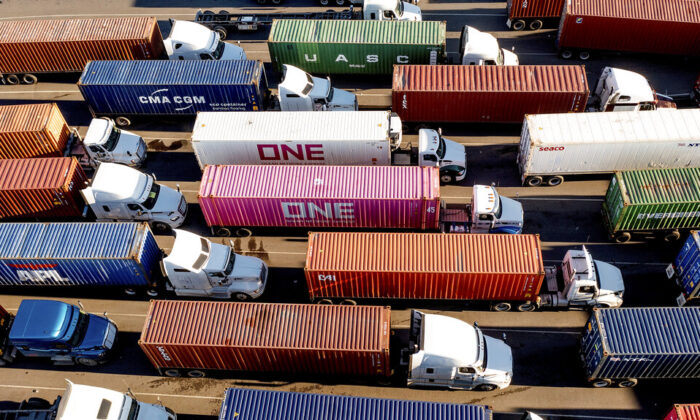 The Port of Los Angeles is offering $5 million in incentives for zero-emission trucks to operate at the facility, officials announced Sept. 13.

The voucher program provides $150,000 in funding for each eligible zero-emission truck purchase that serves the San Pedro port complex. The program would fund more than 30 trucks, and the budget comes from the Clean Truck Fund.

“We’re pleased to start investing the Clean Truck Fund dollars that we’ve been collecting since April and use them toward a zero-emissions future,” said Gene Seroka, executive director of the Port of Los Angeles. “This is the first of many funding initiatives that the Port of Los Angeles has planned as we help begin the transition to the cleanest trucks in the world.”

The voucher for the $150,000 will be issued on a first-come, first-served basis.

The port is expected to see its first electric trucks in operation next year.

“Our port does more than drive America’s economy forward—it shows the world how environmental stewardship and economic prosperity can go hand-in-hand,” Los Angeles Mayor Eric Garcetti said. “As we continue to move record cargo, the need for zero-emission solutions has never been more clear.”

Starting April, cargo owners have been charged $10 per loaded container entering and exiting the port, for the fund. The program was approved by the Los Angeles Board of Harbor Commissioners in March 2020.

The Clean Truck Fund is expected to generate $45 million annually, which will be allocated in several batches. The second batch of incentives is expected to be made available later this year.

Additionally, a new California Air Resources Board’s rule requires trucks serving Los Angeles-area ports to have 2010, or newer, engine models—starting Jan. 1, 2023. It is estimated that nearly one-quarter of trucks serving the ports will soon be prohibited from entering its gates.

However, Matt Schrap, CEO of the Harbor Trucking Association, said at a press briefing in August that the state still lacks charging stations for electric trucks.

“We do not see a robust infrastructure rollout happening by that date and so many members, as well as larger motor carriers throughout the country who do business here in California, are concerned about this,” he said.