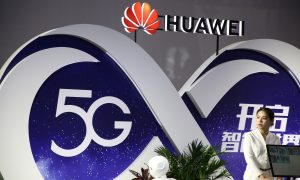 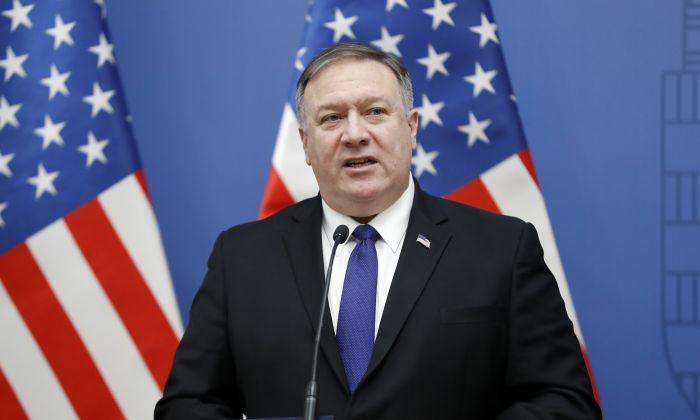 Align with the United States, or prepare to risk the security threats that come with accepting the Chinese regime’s investments—that was the message U.S. Secretary of State Mike Pompeo conveyed while on a four-day European tour of Hungary, Slovakia, and Poland that began on Feb. 11.

The three countries are members of Beijing’s “16+1” initiative to intensify cooperation with 16 central and eastern European countries, including in the infrastructure, finance, and technology sectors.

Since 2012, Beijing’s investments under the platform have totaled more than $20 billion, according to the initiative’s official website. Chinese loans given to fund infrastructure projects, however, come with a caveat: the projects must use China-made materials.

Pompeo urged those countries lured by China’s investments to consider the risks carefully, especially in regard to working with the embattled Chinese telecom giant Huawei.

“What is imperative is that we share with them the things we know about the risks that Huawei’s presence in their networks present—actual risks to their people, to the loss of privacy protections for their own people, to the risk that China will use this in a way that is not in the best interest of Hungary,” Pompeo told reporters at an impromptu news conference at the U.S. Embassy in Budapest on Feb. 11.

Huawei is the world’s biggest telecom equipment manufacturer—and a key player in the “16+1” project. The company lists on its website various projects in which it supplies these countries with telecommunication networks, railway telecoms systems, and digital platforms for businesses.

Security concerns over Huawei’s relationship with the Chinese Communist Party—including that the company’s products could be exploited by Beijing to conduct espionage—has sparked the U.S. administration to warn its allies against cooperating with Huawei in rolling out the next generation (5G) of mobile communications.

Pompeo pointed out that if Hungary were to use Huawei’s system, it could hurt U.S. national security. “That is, if that [Huawei] equipment is co-located where we have important American systems, it makes it more difficult for us to partner alongside them,” he said.

Huawei already provides more than 70 percent of the Hungarian population with mobile telecommunication equipment and services, according to the company’s website.

Pompeo delivered the same message to Slovakia and Poland.

The 16+1 Initiative is part of Beijing larger flagship foreign-policy project: One Belt, One Road (OBOR). In a five-year plan outlining OBOR goals from 2015-2020, Beijing proposed Warsaw to be the trading center for promoting trade between China and the other central and eastern European nations in 16+1.

China would finance local roads, railways, ports, airports, telecommunications, oil and gas pipelines, and other infrastructure projects. China would also cooperate with the 16 nations in developing the internet of things and big data—sectors that the Chinese regime seeks to aggressively develop for its own national interests.

Observers have already seen the effect of China’s influence in Hungary.

All three countries that Pompeo visited are among Huawei’s target markets. Poland, the largest economy in eastern Europe, is the company’s most important market for 5G technology.

Huawei was the supplier for two of Poland’s largest 5G trials, one run by France-based mobile operator Orange-France Telecom, the other run by mobile operator T-Mobile, a subsidiary of the German firm, Deutsche Telekom.

But amid the international uproar over Huawei CFO Meng Wanzhou’s arrest and fraud charges, Huawei’s expansion in Poland hit a snag.

Media reported that Polish officials plan to ban Huawei from the country’s 5G network, while Orange announced in December that it wouldn’t use Huawei for its 5G core networks in France.

Experts consider the Huawei ban in Poland a done deal.

“Arresting a spy means end of the discussion,” Reuters quoted a Polish official as saying on Jan. 24. “I think the Chinese will not be present in 5G in Poland.”

Grzegorz Malecki, a consultant from Poland’s Institute of Security and Strategy think tank, also believes the arrest of the Polish Huawei employee is significant.

“[The arrest] has the potential to disrupt Polish-Chinese relations—so the reason behind this decision, taken at the highest governmental level, must have been more important than keeping a good relationship with China,” Malecki told the Financial Times on Feb. 10.

Meanwhile, Slovak Prime Minister Peter Pellegrini told reporters on Jan. 30 that there has yet to be evidence that Huawei poses a security threat.

“The politicians should be careful not to become a tool in a trade war or fight between competitors,” Pellegrini said, referencing the United States’ trade dispute with China.