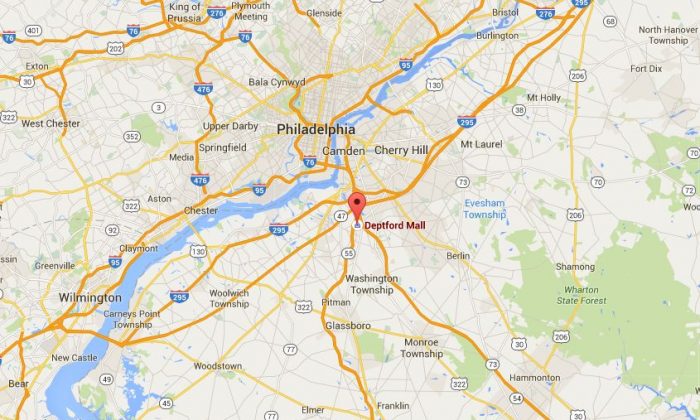 New Jersey police are investigating a large “disturbance” at the Deptford Mall on Saturday night, according to reports.

NBC reported that the disturbance led to several parking lot fights, which spread on social media. Hundreds of people apparently created the disruption in the food court area.

According to NJ.com, around 500 people were involved. Crowds of shoppers were forced to exit the mall as law enforcement agencies from several police departments in Gloucester and Camden counties responded.

Officials said it wasn’t a “fight,” but a “large disturbance.” However, people on Twitter said it was a fight.

If I see another post about the Deptford mall being “lit” lastnight, I’m blocking you.

Police only had limited information but said that there was no evidence of any gunshots and that no weapons had been recovered.

The police department was contacted for additional information on Sunday, but there was no public information officer available for comment.

One juvenile was arrested in the incident.

After officers dispersed the crowd, they remained on the scene for several hours, NBC reported.

No one was seriously hurt in the incident, police added.