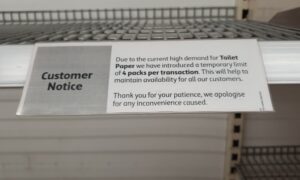 Women Charged After Fight Over Toilet Paper in Australia
0 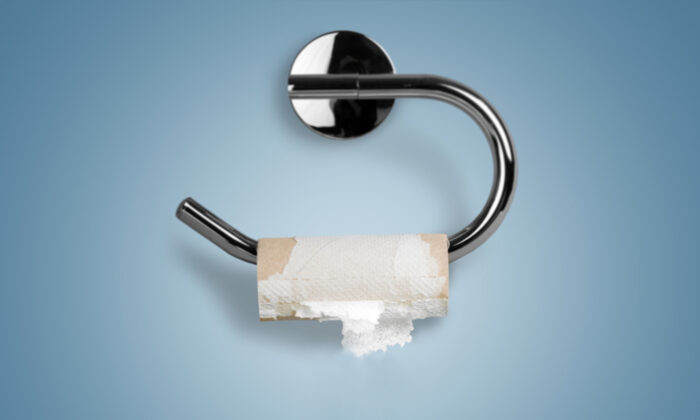 Amidst the the coronavirus pandemic panic-buying, the Newport Oregon Police Department released a statement urging people not to call 9-1-1 emergency services when running out of toilet paper. The online community warmly received the witty post during these times of uncertainty.

The department’s viral post begins, “It’s hard to believe that we even have to post this. Do not call 9-1-1 just because you ran out of toilet paper.” It then reassures members of the public that they will “survive” running out of toilet paper without needing police assistance.

It’s hard to believe that we even have to post this. Do not call 9-1-1 just because you ran out of toilet paper. You…

“We did not receive any 911 calls yet,” the department told Epoch Times. “Our post was a preventative measure, simply because we know it was just a matter of time before someone called 911 about the shortage.

“We wanted to plant the seed before it happens and let people know that being out of TP is not an emergency.”

They added, “Our approach is usually to deliver an important message with a little bit of humor.”

Offering helpful solutions to the public, the post suggested various alternative implements humans have devised throughout history to resolve their bathroom needs. “Seamen used old rope and anchor lines soaked in salt water,” the post reads. “Ancient Romans used a sea sponge on a stick, also soaked in salt water. We are a coastal town. We have an abundance of salt water available. Sea shells were also used.”

“Be resourceful. Be patient. There is a TP shortage. This too shall pass. Just don’t call 9-1-1. We cannot bring you toilet paper.”

Author of The Psychology Of Pandemics, professor Steven Taylor explained in an interview with AFP that much of the toilet paper panic-buying is caused by “dramatic images in social media.” This caused the everyday household item to be viewed “as a symbol of safety” in the minds of people.

As to why toilet paper became such a staple of coronavirus preparedness, Taylor said it could come from people’s need to feel they’re taking action to keep themselves and their families safe “… because what else can they do apart from wash their hands and self-isolate?” he said.

Meanwhile, in Atlanta, PR Agency Trevelino/Keller started an initiative they called the Toilet Paper Exchange, which provides free toilet paper on a drive-through basis to those in need in different daily locations across the area.

The Newport Oregon Police Department’s post went viral and was shared some 8,500 times in a couple of days since posting. Over 1,000 people commented, most showing appreciation to the department’s use of wit and humor during this time of crisis.

One such comment read, “Once again, the NPD PIO/Webmaster provides not only information but with an awesome wit. Whoever you are, please keep it up. You make this senior smile, and we could all use more smiles.”

While another jokingly remarked, “You do realize the sewer system is going to be plugged up with some of these suggestions.”

And one particularly humorous comment came from someone claiming to be a former 911 dispatcher. “During a major flooding in our area, which was creating many true emergencies, I took a call from a guy wanting to know if he could flush his toilet,” they wrote. “I told him it wasn’t his turn, he’d have to wait. Please, everyone, remember, 911 is for true emergencies.”