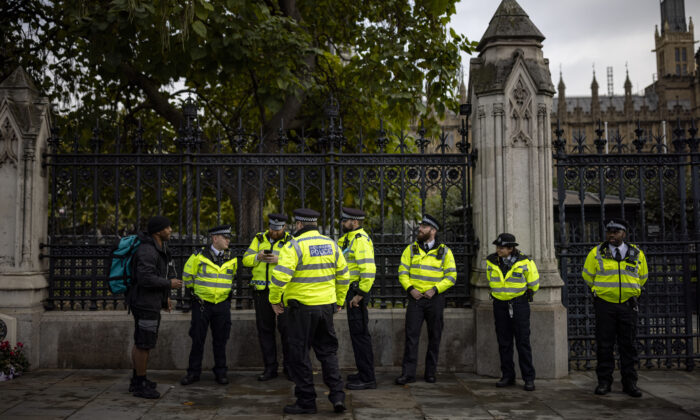 An organisation dedicated to upholding free speech in Britain has succeeded in getting a non-crime hate incident (NCHI) from one of its members permanently deleted from the police record.

NCHIs include things like offensive or insulting comments, online, in person or in writing. They have been used by British police if officers are unsure whether a reported incident amounts to a crime.

The Free Speech Union (FSU), which was set up by the British journalist Toby Young in 2020, celebrated the first case of its kind for the mass membership organisation.

“This is a major victory because if we can do it once, we can do it again. The member, who we are not naming, had a nonsensical NCHI recorded against him which could have barred from him working with children or vulnerable adults. We wrote to the local police force on his behalf and the record has now been removed for good,” said Young in a statement.

Young said that it was able to delete the NCHI thanks to former police officer Harry Miller’s successful legal challenge last December, which FSU played a role in.

In a landmark case in December 2021 brought on by Miller, the Court of Appeal ruled that the recording of NCHIs is an unlawful interference with freedom of expression and contrary to Article 10 of the European Convention on Human Rights.

Humberside Police contacted Miller for reposting a limerick that was critical of transgender people which was an NCHI, despite no crime being committed.

Miller has subsequently helped to set up the organization Fair Cop, in response to what it calls “Big Brother” overreach of various police forces and other authorities in England.

According to The Telegraph, police recorded nearly 120,000 NCHIs between 2014 and 2019. The FSU noted that no data is available on how often NCHIs are disclosed on Enhanced DBS checks.

“While chief officers must follow detailed guidance in making any disclosures, and must comply with legal protections for free speech and privacy, we are deeply concerned about the possibility of disclosure,” it said.

According to the new guidance, police now say that there may be an overlap between a perceived NCHI and the legitimate exercise of rights and freedoms conferred by the Human Rights Act 1998.

“Police officers and staff responding to a non-crime hate incident must remember that they have limited enforcement powers in these circumstances,” said the College of Policing.