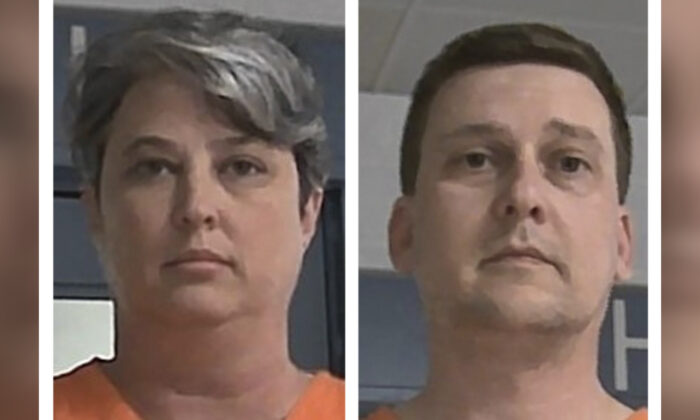 A federal judge on Aug. 16 rejected a plea deal for a U.S. Navy nuclear engineer and his wife who are accused of attempting to sell U.S. submarine secrets to a foreign government.

Jonathan, 42, and Diana Toebbe, 45, from Annapolis, Maryland were arrested by the FBI and the Naval Criminal Investigative Service (NCIS) in October 2021 during a string operation and charged with one count of “conspiracy to communicate restricted data” and two counts of the “communication of restricted data.”

Prosecutors alleged that the couple had sold “restricted data” for nearly a year to an individual they believed was a representative of a foreign government. The data concerned the design of nuclear-powered warships.

However, the individual they were attempting to sell the information to was actually an undercover FBI agent.

The couple pleaded guilty in February in federal court in Martinsburg, West Virginia, to one count each of conspiracy to communicate restricted data as part of plea deals that saw two counts of communication of restricted data dropped.

Under the plea agreement, Diana Toebbe would serve no more than three years in federal prison while Jonathan Toebbe would spend between roughly 12 years and 17 years behind bars.

However, on Tuesday, U.S. District Court Judge Gina Groh of the Northern District of West Virginia rejected those plea deals, stating that they were “not in the best interest” of the country.

The judge said the couples’ actions were done “for selfish and greedy reasons” but could have caused great harm to the Navy and others.

As a result of Groh’s decision, the Toebbe’s separately withdrew their guilty pleas and Groh set a new trial date for Jan. 17.

Jonathan Toebbe, a nuclear Navy engineer who was assigned to the Naval Nuclear Propulsion Program, also known as Naval Reactors, held an active national security clearance through the U.S. Department of Defense, meaning he was able to access restricted data regarding reactors for nuclear-powered warships.

According to prosecutors, the FBI became involved in the couple’s scheme after an agent obtained a package intended for a foreign entity that contained a sample of restricted data along with instructions on how to establish a way to purchase further restricted data.

Prosecutors said the package contained U.S. Navy documents, a letter with instructions, and an SD card containing specific instructions on how the recipient should communicate with the Toebbes via an encrypted communication platform.

“I apologize for this poor translation into your language. Please forward this letter to your military intelligence agency,” the letter with instructions stated, according to prosecutors. “I believe this information will be of great value to your nation,” it added.

During the sting operation, email correspondence between the couple and the undercover FBI agent continued for several months before the Toebbes struck a deal with the agent to sell the restricted data for thousands of dollars in cryptocurrency.

Prosecutors said the couple would conceal an SD card containing restricted data relating to submarine nuclear reactors within a peanut butter sandwich or a chewing gum package and leave it at an arranged drop-off location for undercover agents.

Jonathan Toebbe’s lawyer, Nicholas J. Compton, told the judge on Tuesday that the 12 to 17 years range behind bars was “not a slap on the wrist” and was a  significant punishment,” The Washington Post reported.

Diana Toebbe’s attorney, Barry P. Beck, said a shorter term was needed for his client because “her husband had an ill-conceived idea to make money, and she agreed to go along with it.”

Ultimately though, judge Groh disagreed. The couple are expected to reach new plea agreements with the government before the next trial date.