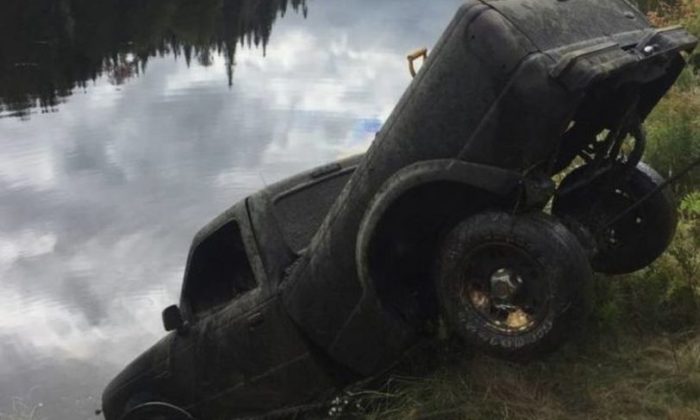 New Hampshire Police said that they’ve removed a truck from a river in relation to the 1998 disappearance of a man.

Tony Imondi, 26, left a horseshoe-throwing tournament more than 19 years ago in his girlfriend’s pick-up truck.

He was reported missing several days later by friends and family. He hasn’t been seen since then.

“After family and friends did not hear from, or see him for several days they contacted NH State Police Troop F to report him missing,” Lt. Gary A. Prince stated, per Concord Patch. “An immediate search of the area, interviews with friends and family did not reveal any clues of his whereabouts. It was unknown at the time if he had travelled south on Route 16 or west on Route 26.”

New Hampshire State Police confirmed the 1996 Ford Ranger was found at the bottom of the Androscoggin River near Errol.

They found skeletal remains inside the vehicle that have been sent to the medical examiner’s office.

They found the truck with the aid of sonar equipment.

“The side scan sonar was able to detect an image on the bottom of the river,” Prince told Patch. “Analysis of the image was consistent with a truck similar to the Ford Ranger. Further inspection of the area revealed that the image was in fact the missing Ford Ranger.”

His family members were notified of the truck’s discovery.

“The State Police Major Crimes Unit assisted with examining the truck and skeletal remains that have been located within the cab of the truck,” the news release said, per the Bangor Daily News. “The Medical Examiner’s Office will examine the remains for identification.”