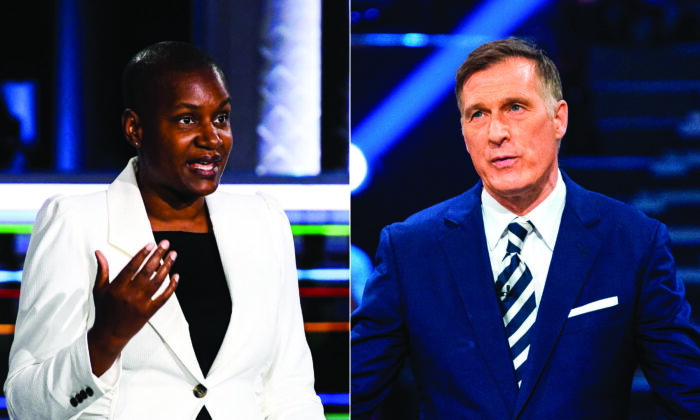 Although divided on economics, idealistic parties are forthright

Editor’s note: This is the fourth in a series examining the economic platform of each party ahead of the 2021 federal election. Read the first here, the second here, and the third here.

If two people part ways at an obstacle and go far enough, they will be inclined to bump back into each other. Although lacking political clout, the People’s Party and Green Party have firm convictions and more in common than meets the eye, especially in the realms of civil liberties and personal expression. The Greens have resisted the siren song of vaccine passports, for example, and the PPC has vehemently opposed them.

In the economic sphere, the Greens are adept at identifying shortcomings, and they focus on outcomes they would like to see, such as housing affordability. The PPC focuses on the policies that would enable such outcomes. In the case of housing, that means reduced immigration, fewer impediments to supply, and tighter monetary policy.

This is where the parties diverge sharply, because the Greens have an ideological aversion toward economics. This blind spot proves fatal to their economic platform and their ability to resolve the problems they identify. It is a recipe for absurdities: “Achieve net-zero emissions well before 2050 … while aiming to be net negative in 2050” is one of many promises from the Greens that do not account for the profound costs associated with heavy-handed intervention.

Economics is where the PPC shines. Perhaps this stems from founder and leader Maxime Bernier’s history as executive vice president of the Montreal Economic Institute, one of Canada’s few free-market think tanks. Right at the top of the PPC platform comes “Internal Trade: Getting Rid of Interprovincial Trade Barriers.” If there is one issue on which economists agree, it is the benefits of free trade, and Bernier knows this.

In the economic sphere, the Greens correctly observe that federal subsidization and regulation of agriculture have hastened the “consolidation of agriculture at all levels, including the radical decrease in farm numbers, and a shift from family-owned mixed farms and local processing to … crop monocultures and intensive livestock operations.… [making Canada] the number one per-capita food importer in the world.”

Similar forthrightness within the PPC is one reason why Bernier’s exclusion from the leaders’ debates—despite polling at 5 percent and often much higher—makes for a less vibrant electoral period. The PPC is the only major party, for example, campaigning on fiscal austerity, which Canada desperately needs but which Ottawa ignores.

After all, the Conservative Party establishment ostracized Bernier over his opposition to the state-sanctioned supply management cartel that enriches a few and rips off Canadian consumers. This was the genesis of the PPC, as special-interest lobbies narrowly stopped Bernier from leading the Conservatives in 2017.

The PPC’s staunch advocacy for market liberalization and limited government humiliates the Conservatives. The Tories’ proposed spending surpasses even the 2021 Liberal Party budget and has elicited the ire of the Canadian Taxpayers Federation.

The PPC’s and Greens’ firm convictions make them Canada’s chief sources for populism in the positive sense: Identifying and advocating for an end to political privilege. With little to offer cronies in the way of patronage and gamesmanship, there is no place for them in the Ottawa swamp. The Greens have just two members of Parliament, and the PPC has none.

Where utopian ideals collide head-first with economic reality is the field of study that has come to be known as public choice. One of its founding intellectuals, Nobel laureate James Buchanan, described it as “politics without romance.” If more Greens would heed the lessons from public-choice economics, such as the self-interested nature of politicos, the divide with the PPC would narrow. In particular, public choice emphasizes the importance of institutions and incentives over words and personalities in determining policy outcomes.

Often, for example, the Greens’ platform advocates empowering state agencies. This exhibits an uncanny unwillingness to consider that an expanded state generates barriers to entry for outsiders and newcomers. It also generates more opportunities for regulatory capture, in which the subjects of regulation inevitably author the regulation to benefit themselves.

Consider the cases of the state-owned Business Development Bank of Canada (BDC) and the Canada Infrastructure Bank (CIB). These two sinkholes of waste, losses, and cronyism epitomize the canyon between lofty rhetoric and on-the-ground realities. The CIB, a 2015 Liberal Party campaign promise, is dangling billions of dollars and injecting itself into what should be local matters—but it has yet to complete a single project.

On the one hand, the PPC wants to “eliminate all corporate subsidies and other inefficient government interventions … that unfairly support some companies or business sectors.” That means no more BDC or CIB.

On the other hand, the Greens merely want the CIB to serve their favoured interests, to “reduce interest rates to municipalities on loans for infrastructure projects.” Meanwhile, the Greens also want “the use of city charters to give greater autonomy to cities,” seemingly oblivious to the way he who pays the piper calls the tune.

While the Greens promote debate and offer new perspectives, their economic naiveté sets them apart from the PPC. Legislators do not get to choose outcomes; they get to choose policies. Statements regarding the former mean little, while the right legal regime means a lot from an economic perspective.