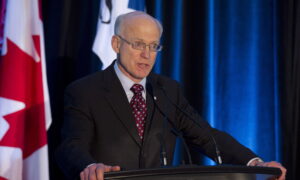 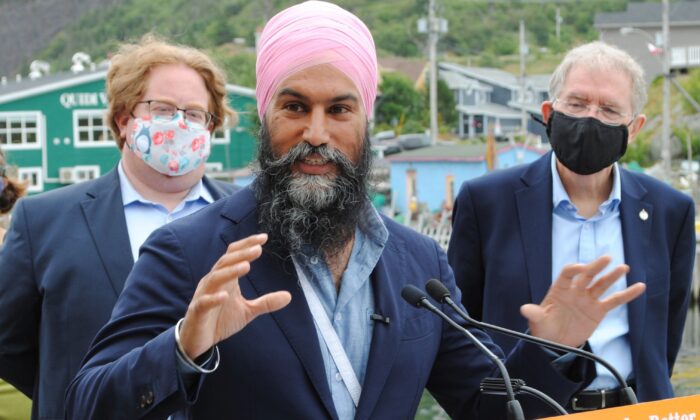 Editor’s note: This is the first in a series examining the economic platform of each party ahead of the 2021 federal election.

The platform identifies some genuine problems, such as the lack of housing affordability and lockdown damage to families and small businesses. However, by ignoring root causes and obfuscating scarcity—the most elemental principle of economics—those writing the NDP’s 10 economic planks have liberated themselves from the consequences of their promises.

With deficit spending reaching 15 percent of GDP in 2020, the federal government has already thrown the Keynesian kitchen sink at the flagging economy. All that has done is drive up inflation and catalyze absurd housing prices, up 26 percent over last year.

Consider also the Confederation’s fragmentation—under the weight of unsustainable equalization payments and punitive energy policies—and the three-quarters unfunded Canada Pension Plan. No matter how you slice it, Canada is in dire need of fiscal prudence, economic reopening, and careful but swift market liberalization.

In contrast, the NDP’s litany of spending promises, burdens on employers, and disincentives for investment and work would pour fuel on the fire. A keyword search gives one a sense for the economic platform’s emphasis. While fairness and its derivatives come up dozens of times, there is not a single mention of austerity. The only mention of any cut is a swipe at alleged “cutting back on services” that has gone on “for too long.”

As Henry Hazlitt wrote in his canon Economics in One Lesson, the field is “haunted by more fallacies than any other study known to man.” That is because of (1) the “special pleading of selfish interests” and (2) the “persistent tendency of men to see only the immediate effects of a given policy.”

The costs in the long run and costs imposed on those outside the targeted group so often go overlooked. This tendency gives rise to the disconnect between what appear to be good intentions and not-so-good outcomes. The sobering rebuke is that there is no such thing as a free lunch, but free lunches remain appetizing to those who want others, especially future generations, to pick up the tab.

Consider the NDP plan “to make [employment insurance] work for Canadians.” Who could want EI not to work for Canadians? Apparently, making it work means redefining and expanding it and putting a $2,000 floor on the monthly payment, no matter how little someone has paid in.

The insurance in the EI refers to its purpose: to help people after an unexpected layoff. However, the NDP would have it “available to people who quit their jobs to go back to school, to provide necessary childcare, or to protect their health or the health of immunocompromised family members.” An NDP pilot program would also allow those who claim “episodic” illnesses and disabilities to further claim benefits whenever they see fit, even for just a day.

It all seems so generous, but “Premiums, which are currently at a historic low, will be frozen until the economy recovers.” More benefits and frozen contributions at historical lows seems too good to be true, and it is. Beyond the direct cost, this plank would harbour fraud and further reduce labour force participation, especially by encouraging seasonal-only work. Along with the broader NDP economic plan, it is a recipe for making stagflation a new normal: little to non-existent growth coupled with confiscatory inflation.

One feels like a mosquito in a nudist colony when considering policies that convey the NDP platform. However, the newspeak in the call for “fair trade” deserves a special mention. On the one hand, the platform recognizes “Canadians know that trade is essential for our economic success.” On the other hand, the platform shares nigh all reasons imaginable to impede trade, from “cultural protections” to a “border carbon adjustment.” The NDP would also hold up trade to analyze the “social, environmental, and gendered impact.”

As my mother used to say, you do not make a poor man rich by making a rich man poor. The truism here is that high earners and profitable companies have the disposable income to invest and offer fruitful employment. The class warfare in the NDP’s “tax fairness” plank, therefore, would hurt rich and poor alike.

As reported by the Fraser Institute, “the top 20 percent of income-earning families pay nearly two-thirds (63.2 percent) of the country’s personal income taxes and more than half (54.7 percent) of total taxes.” Why “It’s time to demand that the wealthiest pay their share,” as the NDP contends, is a riddle. However, the NDP appetite for taking more from the successful appears to be insatiable with a bevy of new and higher taxes on the table, including the outright theft of a wealth tax.

The tragedy of these policy proposals is that so many stem from a hint of truth. A recurring theme, though, is an obstinate refusal to consider that the identified problems stemmed from prior interventions. The NDP, for example, would “go after large corporations that took publicly-funded COVID-19 wage subsidies and turned around and paid out executive bonuses.” That is funny—not a word about the folly of the wage subsidies, just demonization of the recipients of the very aid the NDP supported.

As economist Ludwig von Mises wrote in 1961, government intervention is inclined to generate unforeseen problems and a downward spiral of more and more intervention. Since the Bank of Canada has lost control of inflation, on the back of exorbitant deficits and expansionary monetary policy, the NDP call is for tighter price controls. This eagerness to lash out at employers with higher minimum wages, rather than address the causes of rising prices, belies a desire to expand state power.

There’s similar pattern with housing affordability. While a myriad of barriers, particularly zoning restrictions, impede supply, the NDP approach has been to look the other way and advocate rent control and half a million new public houses. Neither policy addresses how the problem came to be, but both empower central planners.

New Zealand’s Labour Party government tried a similar ploy in 2018, promising 100,000 new public houses over a decade, but it scrapped the plan a year later after building only 47. Despite the lofty promises, those on the margins in New Zealand continue to want for housing, just as in Canada.

Bureaucratic incompetence would likely be the saving grace of the NDP economic plan. The party’s economic blind spots might favour them in a bread-and-circus drive for votes. However, those blind spots are also an Achilles’ heel and would delay many of the grandiose proposals, those that go beyond getting in the way of private enterprise.