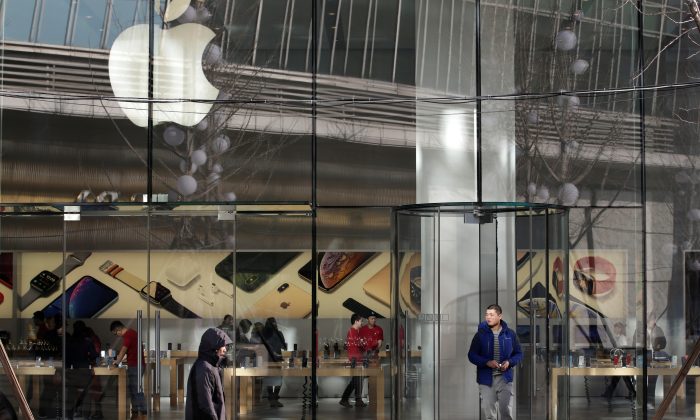 Paying the Price: Stung by Slowdown, China Shoppers Take Bite Out of Apple

BEIJING/SHANGHAI—Shanghai student Xu Yechuyi wanted to buy a new iPhone last year but couldn’t afford one at Apple Inc.’s flagship store, so she opted for a used, 3-year-old iPhone 6S at less than a third of the sticker price.

The purchase made Xu, 22, one of many consumers who were priced out of stores and turned to China’s rapidly growing second-hand handset market, bartering via text-messaging apps and spending money on Apple products that never reaches Apple.

“I think there is a real demand for this sort of second-hand market from less affluent consumers like me,” said Xu.

The second-hand trend adds to challenges that Apple faces in the world’s biggest smartphone market, where it has been losing ground to domestic makers of high-end, yet lower-priced, handsets such as Huawei.

The first iPhones in China in 2009 brought record profit. But the launch last year of Apple’s most expensive handset ever—priced 9,599 yuan ($1,397)—coincided with an economic downturn and a slowing smartphone market, while the Chinese regime’s propaganda on the ongoing Sino–U.S. trade dispute stoked nationalistic support for domestic phone brands.

Poor iPhone sales in China prompted Apple on Jan. 3 to lower its quarterly revenue forecast for the first time in over a decade, hammering its shares and those of its suppliers. Chief Executive Tim Cook blamed the trade war and the downturn in China’s economy.

“We did not foresee the magnitude of the economic deceleration, particularly in Greater China,” said Cook.

Several leading Chinese technology companies also lowered forecasts in the past year, including e-commerce firm Alibaba and search engine provider Baidu, with both citing the impact of the trade war.

Meanwhile, consumer confidence has tumbled since the middle of last year, with its impact rippling through the economy, from overall retail numbers to box office receipts and car sales.

As confidence falls and the economy continues to slow, analysts said the market for used smartphones can only expand. China’s iMedia Research forecast 144 million users of second-hand smartphones in 2019, up a third versus last year.

In west Beijing’s tech district, one worker surnamed Zhou at a phone refurbishing firm said she had seen a rise in users looking to upgrade old iPhones instead of purchasing new ones.

“Quite a few people choose to continue using their older iPhones by changing the battery and updating to iOS 12,” agreed one user on Weibo, referring to Apple’s latest operating system.

Support for local smartphone brands gained momentum in the past year as Beijing capitalized on political tensions with the United States.

Last month, Huawei chief financial officer Meng Wanzhou was arrested in Vancouver, Canada, at the request of U.S. law enforcement. She is accused of engaging in activities to skirt U.S. sanctions on Iran, and faces extradition to the United States.

On Sina Weibo, China’s equivalent to Twitter, some Chinese netizens supported the Apple boycott—a company widely regarded as being representative of the United States. Others were quick to point out the problems behind the ban.

One netizen with the moniker “Rule_of_law__” from coastal China’s Jiangsu Province wrote, “In the name of patriotism, these companies have violated labor laws.” His comments drew over 4,800 thumbs-up.

Several netizens were quick to point out the irony behind the ban: Huawei uses the Android operating system on its cellphones, which is developed by American tech giant Google.

While there’s no sign that Beijing is behind the current spate of Apple product boycotts in response to Meng’s arrest, the Chinese regime has a history of using propaganda through state-run media to manipulate public opinion and consumer habits in order to serve its interests.

Apple started 2018 with a market share of 15 percent but that had fallen to roughly 9 percent by July-September, showed data from Counterpoint Research. Huawei, whose high-end phone retails at 70 percent of the price of fifth-ranked Apple, saw its share rise to 23 percent from 20 percent.

Last year, China’s state-run media made an all-out effort to advise people to boycott South Korean products, after South Korean conglomerate Lotte agreed to lease some land to host THAAD, a U.S. anti-missile defense system installed in the wake of increased North Korean nuclear testing. The military installation angered Beijing, claiming that the anti-missile system could be used to spy on Chinese airspace.