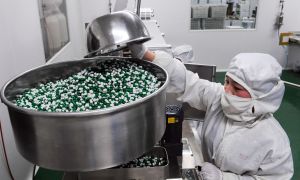 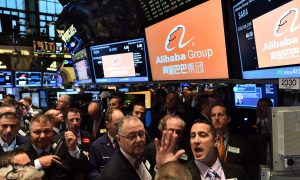 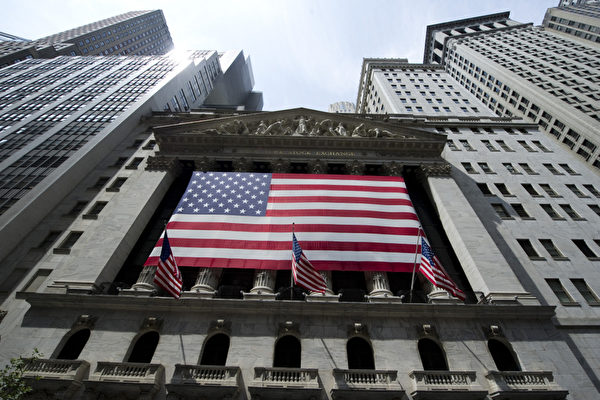 Growing distrust of the Chinese regime over how it has handled the virus outbreak should prompt Wall Street to rethink its dealings with China, hedge fund manager Kyle Bass says.

Beijing’s coverup of the epidemic in China, underreporting of infection and death toll figures, and disinformation campaign aimed at deflecting blame for the pandemic have sparked anger across all levels of society.

Ordinary Americans are starting to understand that the “Chinese government is not trustworthy, they’re not our friends, and one could deem them to be our mortal enemy,” Bass, founder of Dallas-based Hayman Capital Management, recently told The Epoch Times’ “American Thought Leaders” program.

And soon Wall Street’s relationship “is going to have to change. And I think it’s happening now,” he said.

As the pandemic continues to exact substantial human and economic costs worldwide, a growing number of countries and regions are reevaluating their ties with the communist regime.

Meanwhile, the disruption to global supply chains has forced companies to consider reducing their dependence on China as a manufacturing base, accelerating the process of “decoupling” from China.

With the CCP virus‘s devastating effects in the northeastern United States—as New York and New Jersey rank as the two worst-hit U.S. states—residents, institutions, and governments there should be attuned to the fact that the pathogen’s global spread stemmed from the regime’s coverup of the outbreak, U.S.-based China commentator Heng He said.

“Had the Chinese Communist Party not lied, and rather truthfully reported the outbreak situation … then perhaps it could have been contained within China,” Heng told NTD, an affiliate of The Epoch Times.

However, it remains to be seen if U.S. financial institutions will start disengaging with the regime as a result of the crisis.

“Wall Street has always been really cooperative with China, fueling the Chinese economy,” Frank Xie, associate professor at the School of Business Administration at the University of South Carolina, told The Epoch Times.

Recent moves by Beijing to open up its financial sector amid heightened U.S.–China trade tensions since the 2018 trade war meant that Wall Street was unlikely to disengage from China anytime soon, Xie said. Morgan Stanley and Goldman Sachs in March became the latest foreign banks to receive Chinese regulatory approvals to take majority stakes in their Chinese securities joint ventures.

Piece of the Market

Even as the regime hasn’t fulfilled its pledge to open up its banking sector since joining the World Trade Organization (WTO) in 2001, foreign banks “have nonetheless worked hard to grab a piece of the Chinese market,” Xie said.

He noted that Wall Street banks have helped many Chinese companies list on U.S. stock exchanges. As of September of last year, 172 Chinese firms were listed on major U.S. exchanges, with a market capitalization of more than $1 trillion, according to the United States–China Economic and Security Review Commission.

At the same time, some Western firms have hired relatives of Chinese officials in an effort to win business in the country, the professor noted. JPMorgan Chase in 2016 agreed to pay $264 million in fines after hiring family and friends of high-level Chinese officials to gain access to banking deals—a practice that violated U.S. bribery laws.

“I think they know a lot of [Chinese] companies are fraudulent, that a lot of companies are not abiding by financial rules, reporting rules, and accounting rules,” he said. “But unless there are companies like Muddy Waters that reveal their wrongdoings, they’ll continue to invest.”

In early April, Luckin Coffee shares collapsed after the Chinese beverage brand said an internal investigation found that its chief operating officer had falsified 2019 sales by about $310 million. In January, short-seller Muddy Waters Research said it would bet against the stock, based on a report that the company was committing fraud.

Chinese video streaming site iQiyi was also recently accused by Wolfpack Research, an activist financial research firm, of overstating its revenue in 2019 by as much as $1.9 billion.

“Can you imagine if you explain to someone that you’re doing business with a regime that has more than a million prisoners of conscience locked up and is executing live organ harvesting on this population of political prisoners on a daily basis?” he said, referring to the regime’s state-sanctioned practice of killing prisoners of conscience, mainly Falun Gong practitioners, for their organs to sell on the transplant market.

“And yet people like Blackstone can’t wait to invest another dollar in China.

“You know why? Because they just let money blind them … to the blatant human rights abuses of maybe one of the most tyrannical regimes that’s ever lived. It’s crazy.”

The first step toward remedying the situation would be to make Chinese companies listed on U.S. stock exchanges open their audit books to U.S. regulators, Bass said. Currently, the regime blocks the SEC (Securities and Exchange Commission) or other U.S. regulators from examining the audit work papers of Chinese companies, saying they contain “state secrets.”

“Let’s just level the playing field—that’s not being punitive.”

Last June, a bipartisan group of lawmakers introduced bills to the Senate and House to force U.S.-listed Chinese and other foreign companies to comply with American financial disclosure regulations, or face delisting.

U.S. public pension funds have also come under intensifying scrutiny because of their investments in Chinese companies, including those that support the regime’s military, espionage, and human rights abuses.

A group of lawmakers reportedly wants the Trump administration to bar the Federal Retirement Thrift Investment Board, the main pension fund for federal employees, from moving to track an index run by MSCI that includes China-based stocks under scrutiny in Washington.

In recent years, global stock index providers such as MSCI and FTSE have added Chinese stocks to their global and emerging markets indices, allowing billions of dollars of U.S. investment to flow into Chinese equities.

One of the companies in the MSCI index is Chinese surveillance equipment maker Hangzhou Hikvision Digital Technology, which was placed on a U.S. trade blacklist last year because the company’s technology was being used for the repression of Uyghur Muslims in China’s western Xinjiang region.

“It is absolutely crazy for our military and federal employees to be indirectly contributing to China’s military operations—and what’s worse is that nearly all of these people are completely unaware of this situation,” Rep. Mike Waltz (R-Fla.) said in an April 24 statement.