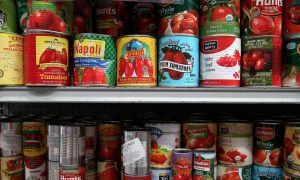 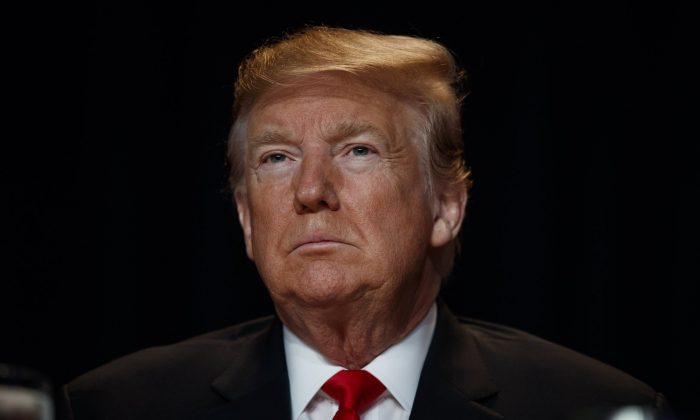 Over 1.4 Million Households Drop Out of Food Stamp Program Under Trump

Approximately 20.8 million households were receiving food stamps in February 2017, according to the Department of Agriculture, which runs the food stamp program, officially known as the Supplemental Nutrition Assistance Program (SNAP).

In the latest figures (pdf) released by the agency on Feb. 8, 19.4 million households were using food stamps.

The data is from October 2018, the last month full figures are available for.

The number of people on food stamps has also dropped considerably since Trump entered office. In February 2017, 42.1 million people were using food stamps; in October 2018, just 38.5 million were.

The number of users spiked temporarily in October 2017 due to hurricanes, reaching 42 million people, but the numbers quickly went down and have been under 40 million people since April 2018.

Trump has tweaked the program a number of times, including curtailing waivers on work requirements.

The number of food stamp recipients has been dropping for four years, prompted by an economic recovery as well as welfare reforms on the state level. In Alabama, food-stamp use fell by 85 percent in 13 counties after the state imposed work requirements for childless adults. In Georgia, 21 counties saw a significant reduction in food stamp recipients after the state restored the work requirement.

One proposed change to the program was the USDA Foods Package, a monthly parcel that would be given to about 80 percent of all current food stamp recipients. The so-called Harvest Boxes would include American-made, shelf-stable foods like milk, cereal, pasta, and canned produce. Some have compared the idea to meal-kit delivery company Blue Apron.

The parcels would account for half of the benefits, while the other half would be deposited to electronic benefit transfer cards, which are already in use. Since the government can acquire the food at wholesale prices, the proposal was expected to reduce the cost to American taxpayers by $129 billion over the next 10 years.

A bill introduced in Alabama would require some food stamp recipients to get a drug test.

The bill and several others taking aim at the state’s welfare program would prohibit work waivers for people without children and require some people on welfare to work, volunteer, or get an education along with the drug test requirement.

Rep. Tommy Hanes, a Republican, said that the bills would make the food stamp program more efficient and make sure taxpayer money was being used in the right way.

“It’s time to eliminate food stamp fraud,” Hanes told WAAY. “In order to better provide for families who are in need, this issue must be addressed. We owe it to the working-class taxpayers to make this program as efficient and waste-free as possible.”

HB3, one of the bills, says that the Department of Human Resources should administer a drug test for a food stamp applicant “upon reasonable suspicion of illegal substance use.”

Guidelines for assessment include if a person was convicted for using or distributing a drug without a prescription within five years of applying and if a person previously tested positive for drug use when applying for benefits.

An applicant that tests positive would have to cover the cost of the test.