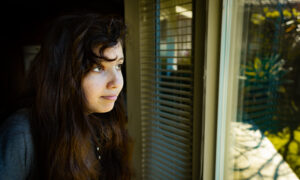 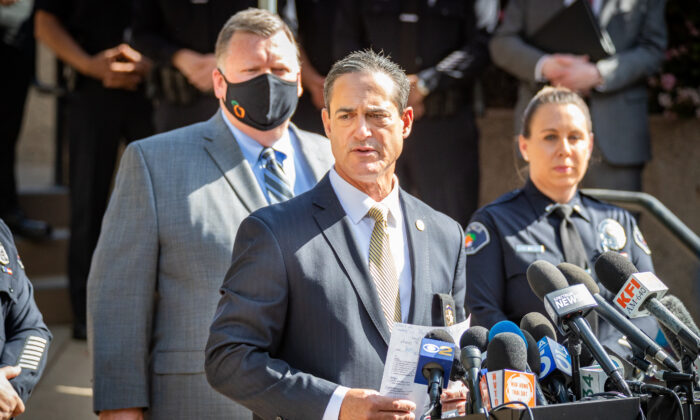 The chief suspect in a mass Orange, California, shooting could face the death penalty if convicted, and Orange County’s district attorney said he’s pursuing the option.

“With respect to the situation in Orange, I’m the only person in this county that makes the ultimate decision about whether we’re going to charge somebody with death,” Todd Spitzer said during an April 6 virtual town hall. “That is an immense responsibility, and I’m required under the law, and morally, to look at the entire situation.”

On March 31 about 5:30 p.m., a man locked the gates leading to an office building at 202 W. Lincoln Avenue in Orange before opening fire inside a Unified Homes office, police said.

He was later shot by police and transported to the hospital in critical but stable condition.

Blanca Tamayo, the mother of Jenevieve and Matthew, survived the shooting.

Deciding the suspected shooter’s fate if convicted is a big responsibility, Spitzer said, adding he and his team will be looking through all the facts of the case before making a decision.

“I’m going to be looking at the criminal history of the shooter,” Spitzer said. “What was the motive with respect to his conduct? How many people did he kill? This was a multiple homicide event. Four people were killed. Three he tried to kill, one is in the hospital and she had to undergo serious surgery. She was the one that was trying to protect her child. Her child succumbed to the injuries, 9 years old, and that pulls at my heartstrings in a very different way as a dad who’s had two kids.”

Spitzer said he often meets with victims or their families to also hear what punishment they seek.

While there is currently a moratorium on the death penalty in California from Gov. Newsom, it only lasts as long as he is in office, and many cases can take 25 years to fully prosecute.

During the virtual town hall meeting, state Assemblymember Sharon Quirk-Silva addressed how to best work with mentally ill people in the county.

“Orange County has been forced … to really confront and examine what we have been doing as far as our policies from the local level, from the county level, even within schools to address our homeless population,” Quirk-Silva said. “We’ve seen a huge growth in the last decade” in homelessness.

Spitzer, the county’s top prosecutor, said police don’t always need to be the first to respond to reports of someone dealing with a mental health crisis. He referenced Anaheim’s dual 911 dispatch program, which defers mental health calls to a special line managed by trained mental health professionals.

“We know when the police come and somebody is in crisis, it often escalates the situation and results in officer-involved shootings, and many times people who just needed mental health intervention end up seriously injured or dying,” he said.

Spitzer said he feels for the families who have mentally ill members, as he has a cousin who has schizophrenia.

“I really understand firsthand what mental illness can do to a family and a community, and we cannot lock people up because they’re mentally ill, but we also don’t have the proper places or the right kind of treatment and interventions to deal with that,” he said.

The district attorney’s office is developing a mental health division.