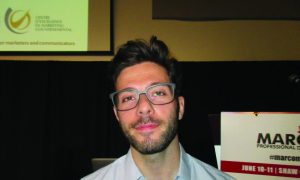 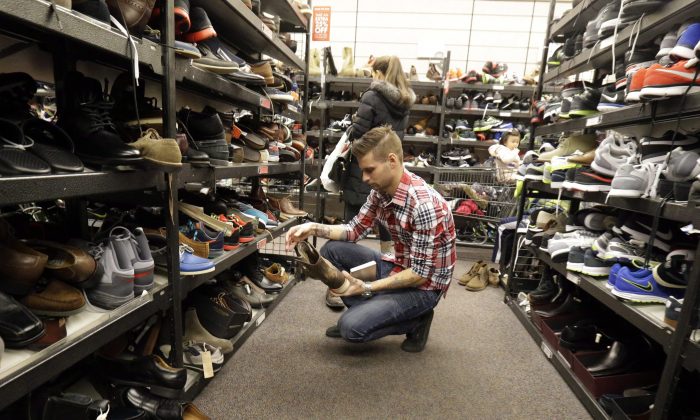 In the era of Amazon’s dominance after a generation of Wal-Mart’s destruction of department and discount stores, retailers have to connect with their customers on multiple channels.

The challenge is to keep the customer engaged by integrating the in-store experience with the convenience of online shopping. The two complement each other.

Retailers and brands are aiming at delivering a shopping experience, not just selling goods indiscriminately. And it’s not just a question of how to target millennials, as business adviser Mark Satov of Satov Consultants points out.

“Boomers are also moving toward buying experiences because they’ve had enough of goods and they realize that goods only provide them with so much fulfillment,” Satov tells Epoch Times.

While traditional brick-and-mortar retailers play catch-up on e-commerce, traditional e-tailers are seeking to better understand their customers through physical stores.

“There is only so much you can do online to create a differentiating experience,” Satov says.

Frank & Oak began selling clothes online and now has 12 stores in Canada and three in the U.S. “You go into the store and you start to feel the brand in a whole new way,” Satov says.

Well.ca opened a “pop-up” store in late June and plans to use data gathered on its customers online to predict what they will want in the store and to connect with them in person.

“Those that don’t offer a niche that’s different from giants such as Amazon and Wal-Mart will struggle,” said Well.ca CEO Rebecca McKillican in an Aug. 15 Globe and Mail commentary.

Canada Goose, the luxury apparel maker, will open two flagship stores this fall—one in the trendy Soho district of New York and the other in Toronto’s upscale Yorkdale Shopping Centre.

The brand has seen explosive growth over the past few years and the next step is creating a unique in-store experience for its customers.

“There’s no other brand like Canada Goose and that’s something people will feel as soon as they step into our stores,” said Dani Reiss, President & CEO of Canada Goose, in a May press release.

“Canada Goose stores will deliver unparalleled service, putting experience at the forefront of every interaction,” according to the press release.

McKillican’s commentary was also a call to arms for Canadian retailers to embrace e-commerce.

Online and offline customers are the same people. They prefer to shop in stores, but more and more, sales are preceded by checking out products online or via smartphone, according to research and advisory firm Forrester.

There is only so much you can do online to create a differentiating experience.
— Mark Satov, Satov Consultants

The challenge is greater for the Giant Tigers of the world—traditional brick-and-mortar retailers—to make an e-commerce impact than vice versa, as in the case of Frank & Oak.

It’s a big shift for companies that have been around for decades, says Satov. But newer retailers have to cater to customers ordering online and they begin with an e-commerce or even omni-channel strategy.

Satov says physical stores afford that human interaction which can build a subconscious desire for a customer to be loyal. Online, the customer faces stimuli from other websites.

“I would say, generally speaking, loyalty online is more precarious than physical loyalty,” Satov says. So there is added motivation for e-tailers to gain a physical presence.

And retailers are becoming more selective about which shopping mall they want to be in. The malls themselves have to offer an experience.

“One thing you can say today is malls are more important,” Satov says. It’s retailers helping each other out, co-investing and creating an experience for a shopper, Satov adds. If a customer can have a great meal and shop at their favourite stores, they’re more likely to return.

The Future of Retail

Starbucks’ pre-ordering on a smartphone provides for great customer service. Taking it a step further, Seattle-based innovator Hointer provides a futuristic shopping experience by leveraging technologies like the cloud and Internet of Things. With a smartphone app, customers can easily select clothing, read reviews, and have them delivered to a fitting room in 30 seconds.

Hointer’s technology transforms a store into a kind of micro-warehouse and fulfillment centre. With a touch of a button, different clothes arrive in the fitting room. As customers face less hassle to try more clothes, they are more inclined to buy.

Marketing Needs to Be Authentic, Personalized, Made for Mobile

CEO Nadia Shouraboura, who used to work at Amazon, says Hointer combines the best of online shopping with the best of in-store shopping. She explains that for retailers, stores are easier to manage and sales associates can spend more time working with customers instead of sorting and folding clothes.

“There’s a whole bunch of stuff that we have not yet seen,” Satov says. “In-store technology—it’s just starting.”

If Hointer is any indication, the retail shopping experience is about to be disrupted again.