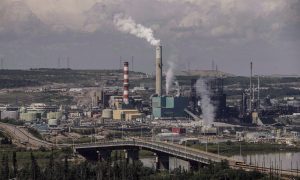 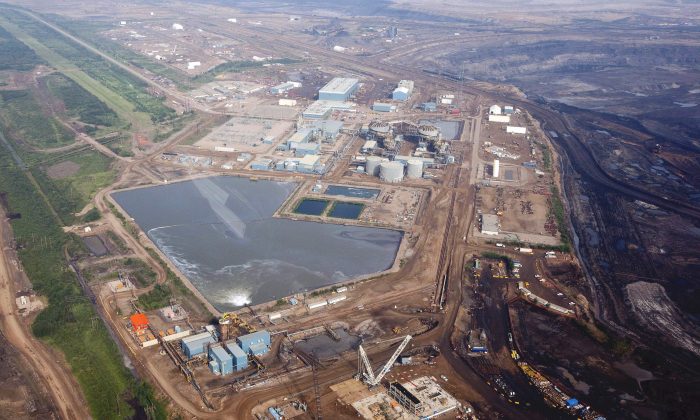 An oilsands facility seen from a helicopter near Fort McMurray, Alberta in a file photo. The Canadian Association of Petroleum Producers has registered with Elections Canada to promote the oil and gas industry, which is deemed a partisan issue in the run-up to the election. (The Canadian Press/Jeff McIntosh)
Companies

The oil and gas industry in Canada is fighting a battle on a number of fronts—economic, regulatory, and ideological against organizations that would like nothing better than to stifle their operations in the name of the environment. To that end, the Canadian Association of Petroleum Producers (CAPP) has registered with Elections Canada to be able to promote its cause, which is deemed partisan, during the run-up to the federal election.

CAPP is not affiliated with any political party, but due to changes in the Canada Elections Act, it must register as a “third party” if its advertising is associated with a particular party’s platform.

According to the Edmonton Journal, Alberta Premier Jason Kenny has encouraged oil and gas companies to be more vocal about their industry.

“Issue advertising is the transmission of a message … that takes a position on an issue with which a candidate or registered party is associated, without identifying the candidate or party in any way,” according to Elections Canada’s website.

CAPP’s decision should not come as a surprise given that three CEOs of oil and gas companies recently wrote an open letter to Canadians, and its own head said in a February op-ed that it would be gearing up for the election.

“And yes, CAPP will proudly do it again in the spring with another platform to reach Canadians in advance of a federal election this fall.”

CAPP wants to send the message that Canadian energy can displace less responsibly produced energy from other parts of the world.

The three CEOs—Tim McKay of Canadian Natural Resources Ltd., Alex Pourbaix of Cenovus Energy, and Derek Evans of MEG Energy—are urging voters to support an innovative energy industry that has reduced emissions from the oilsands by 30 percent in the last two decades.

They say shutting down Canada’s oil and gas industry won’t make a difference in global emissions and could have the opposite effect if higher-emission products fill the void left by Canada’s oilsands.

“A number of oilsands operations are producing oil with a smaller greenhouse gas impact than the global average,” they wrote.

Independent researcher Vivian Krause has exposed smear campaigns funded by American foundations with the goal of land-locking the Canadian oilsands.

Elections Canada’s warning to environmental groups that climate change could also be deemed a partisan issue has created a firestorm, as those groups are now forced to register as CAPP did.

The Green Party of Canada wants Elections Canada to walk back its ruling and has initiated a petition to that cause. Climate change is deemed a partisan issue because of Maxime Bernier’s stance that there is no such emergency in Canada.

Foreign entities are not permitted to register as third parties with Elections Canada.

What is a partisan issue and what isn’t will remain a hotly contested topic depending on the platforms of the candidates.