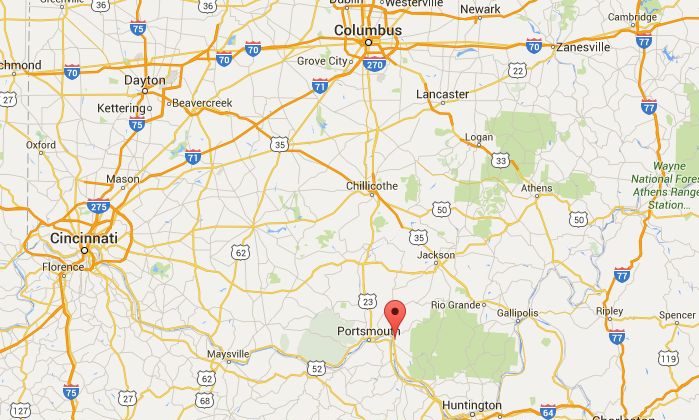 An 18-year-old high school student was killed during a sledding accident in Ohio on Friday night, police said.

Ethan Pauley, a senior at Wheelersburg High School, was killed by an SUV while he was being towed on a sled. An ATV was pulling his sled southbound on Gallia Pike in Wheelersburg when he was struck by a Chevrolet Silverado, according to the Portsmouth Post of the Ohio State Highway.

The driver of the Silverado was identified as 23-year-old Ashton Miller. “Miller’s vehicle failed to yield at the traffic light,” Sergeant John Howard of the OSHP told the Portsmouth Daily Times. His vehicle “struck the sled and the rider that was being pulled on the ATV,” Howard added.

The crash is still under investigation, WOWK-TV reported. Howard said that Miller did not stop and left the scene of the accident.

“He struck the sled and continued from the scene and was located three hours later at a residence through our investigation,” Howard told Cincinnati.com. “He did cooperate.”

Pauley was pronounced dead at the scene.

Miller was taken into police custody and was administered a urine test to see if alcohol or drugs were present in his system.

Portsmouth, Ohio, as well as other parts of the Midwest and East Coast, was pummeled by a winter storm that’s creeping across the country.

Howard estimated there were about 2 inches of snow on the ground during the accident.

Ohio Revised Code says that no all-purpose vehicle like an ATV can be operated on “any limited access highway or freeway or the right-of-way thereof, except for emergency travel only during such time and in such manner as the director of public safety shall designate,” according to Cincinnati.com.

Howard said ATVs are not permitted on roads without a special permit.