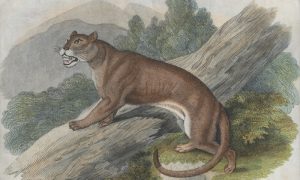 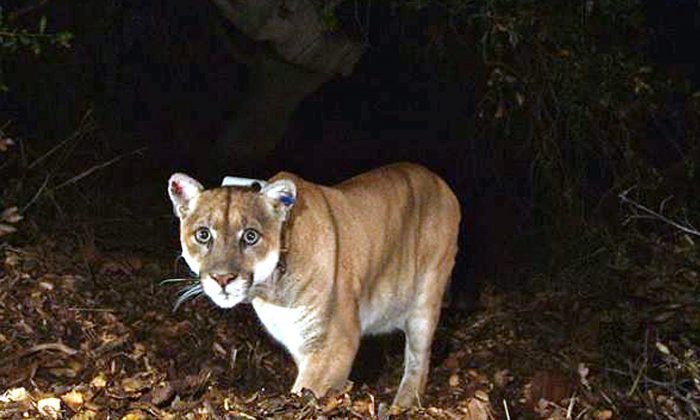 A mountain lion in Calif. in a Nov. 2014 file photo. (National Park Service/File Photo via AP)
US News

A mountain lion attacked, killed, and ate a dog in Washington state while it was on an afternoon walk with its owner along the beach.

The Mason County Sheriff’s office announced they had received a called on March 25 about the mountain lion, also known as a cougar, that was responsible for the attack on a beach north of Hoodsport.

“Wildlife had to dispatch the cougar that had eaten the dog,” wrote the sheriff’s office in a statement that was posted along with a picture of the dead cougar.

Mason County Chief Deputy Ryan Spurling said the man was walking his dog when the mountain lion pounced at them from behind, knocking him over and snatching up his dog, reported local news outlet iFiberOne Radio.

The dog owner then ran to his nearby cabin and called authorities.

Deputies and wildlife officials arrived to find the cougar eating the dog under a shed.

Yesterday afternoon Deputies and Wildlife officers responded to a call of a Cougar that attacked and killed a dog on the beach north of Hoodsport. The dog owner was walking the dog along the beach.  pic.twitter.com/B8vwBu54lU

Reports of the incident stirred plenty of discussion on local social media, with the shooting of the cougar proving divisive.

“Why did they ‘have to?,'” wrote one person on Facebook. “I thought only animals who attack humans have to be euthanized. Sad for the family who lost their pet and for the cougar as well.”

However, some defended the actions of the police.

“Thats a good sized healthy cat and the point being it attacked without fear of a human and for all if you that have never been attacked or stalked by one hush your mouths. You have no idea what fear is.Thank you law enforcement,” wrote another Facebook user.

In February a woman pried apart what she thought were fighting dogs outside her Idaho home only to discover the animal she was gripping in one hand was a juvenile mountain lion.

According to the Idaho Department of Fish and Game (IDFG), a woman noticed her dog fighting outside her home in the small town of Mackay on the morning of Jan. 30.

Assuming it was another dog, she quickly intervened.

Earlier this year, a Colorado trail runner fought off a juvenile mountain lion in Colorado, sustaining serious injuries from bites before he broke free and killed the animal.

Those who are lucky—or unlucky—enough to have a rare encounter with a mountain lion are advised by the Colorado Wildlife Parks to stay calm, talk firmly to it, and never turn your back on the animal.