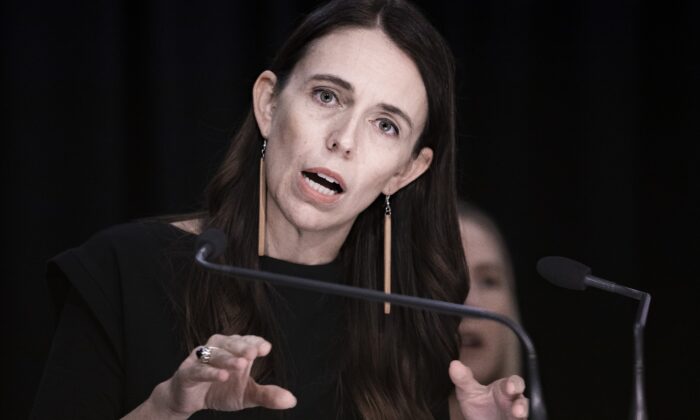 Politicians from Australia and European nations have penned a joint letter to the New Zealand (NZ) parliament urging against the extradition of a man to China.

They warn that the credibility of diplomatic assurances by the Chinese Communist Party (CCP) has been “consistently proven empty” and that by allowing the extradition to go forward, it would be setting a “dangerous precedent” that may have far reaching implications beyond the borders of NZ.

Twenty-one members of the Inter-Parliamentary Alliance on China (IPAC), including one NZ member of parliament, wrote in concern for the extradition of Kyung Yup Kim, a NZ permanent resident who moved to the country in 1989.

The Supreme Court of New Zealand ruled on April 13 that Kim could be extradited to China to stand trial for murder after receiving two assurances from the CCP.

First, was the agreement that Kim would be held in Shanghai both before and after the trial, if convicted.

Second, was the assurance that during the investigation phase, visits from NZ diplomatic and consular representatives would be permitted at least once every 48 hours to monitor Kim and lessen the danger of being subjected to an act of torture.

A three to two majority said they were “satisfied” with the further assurances provided and allowed the extradition.

However, IPAC members noted that Canadian citizens Michael Kovrig and Michael Spavor were subject to human rights abuses with no Canadian consular visitation allowed, which had been in violation of the CCP agreements.

Another noted example was of Australian-Chinese writer Yang Hengjun. Australia had been given diplomatic assurances that access to Yang would be permitted, but in reality, no monitoring was allowed and Yang ended up being held for six months in a secret location where he claimed he was tortured.

“It is noteworthy that diplomatic assurances have repeatedly failed to protect people from torture,” the letter said. “The widespread and well-documented practice of torture in custody throughout the PRC system, together with the absence of any reliable way of monitoring treatment ought to preclude extradition to China.”

The members strongly agreed that China’s criminal justice system is unreliable, does not respect the rule of law, and is widely known as a “forum for gross human rights violations.”

The politicians warned that by allowing the extradition, it would also send a “chilling signal” to Chinese diaspora who live in fear of persecution by the Chinese regime.

It would also set a dangerous precedent where the guarantees of the CCP would be taken at face value, they said, adding that this would put the wellbeing of their own citizens and residents in jeopardy.

“On these grounds, we urge you not to agree to send anybody to be subjected to the infamies of the PRC’s judicial and penal system,” they said.

The Epoch Times reached out to the Minister of Justice’s office for comment but did not receive a response by publication.