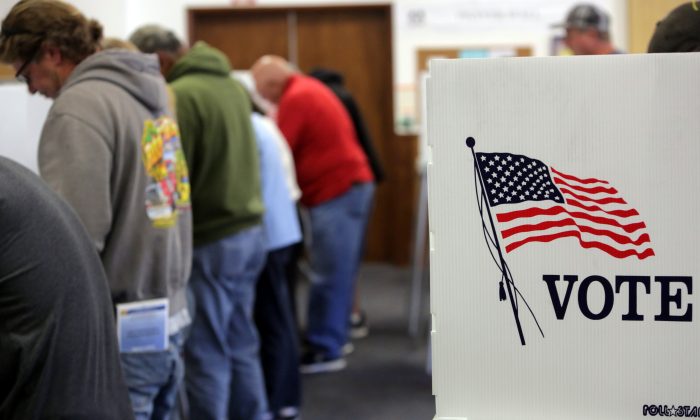 A North Carolina man has been sent to prison for illegally voting in two separate elections, the Department of Justice (DOJ) announced.

In two instances, on Nov. 6, 2012, and Nov. 8, 2016, Roberto Hernandez-Cuarenta, of Zebulon, voted illegally. While the 57-year-old is a legal resident of the United States, he is not a U.S. citizen, meaning he is not eligible to cast a vote.

Hernandez-Cuarenta was sentenced on Aug. 9 for two counts of Voting by Alien and will serve time for both counts amounting to four months behind bars. He is a native citizen of Mexico.

Robert J. Higdon Jr., the U.S. Attorney for the Eastern District of North Carolina, said that his crime undervalues the vote from true American citizens.

“The right to vote is a precious privilege available only to citizens of the United States,” he said. “When a non-citizen votes in a federal election, it serves to dilute and devalue the vote of American citizens and places the decision-making authority of the American electorate in the hands of those who have no right to make those choices.”

Hernandez-Cuarenta was granted a Special Agricultural Worker application in June 1992, according to evidence presented at his sentencing. He was given legal and permanent-resident status as a seasonal agricultural worker but was never naturalized as a U.S. citizen. There were also no pending applications or petitions on his behalf.

Higdon said that his office would do its part to “protect the rights” of American citizens to freely cast their vote and be counted fairly.

During the 2016 elections in North Carolina, state auditors found that about 500 people illegally voted. Of those, more than 441 were suspected felons and 41 were noncitizens with legal status.

Aside from those, auditors also discovered 24 substantiated cases of double-voting through tips and data, and two cases of voter impersonation that were referred to prosecutors, according to a 2017 report by the North Carolina State Board of Elections.

“A number of non-citizens said they were not aware that they were prohibited from voting. Interviews and evidence show that some non-citizens were misinformed about the law,” the report said.

President Donald Trump has long been a critic of voter fraud, but a commission he formed to look into it was forced to close.

“Despite substantial evidence of voter fraud, many states have refused to provide the Presidential Advisory Commission on Election Integrity with basic information relevant to its inquiry,” White House press secretary Sarah Sanders said in January. “Rather than engage in endless legal battles at taxpayer expense, today President Donald J. Trump signed an executive order to dissolve the Commission.”

All five individuals were originally facing felony charges of voting while on probation; as part of the plea deals, prosecutors dropped the felony charges.

The clients, represented by the Southern Coalition of for Social Justice, pleaded to misdemeanor obstruction of justice. The five individuals will each complete 24 hours of community service and be placed on unsupervised probation for 12 months.