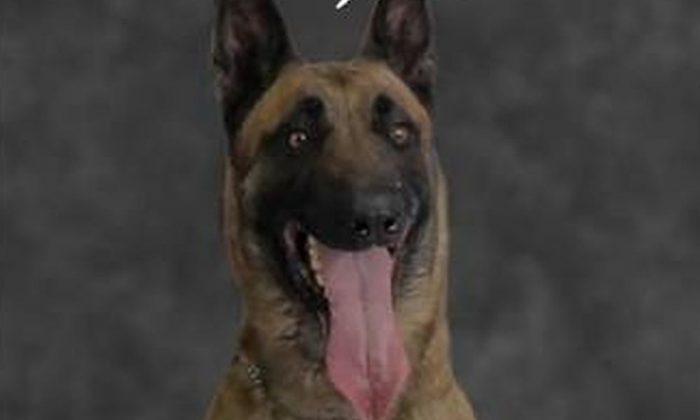 Virginia Police K-9 Shot on Duty by Suspect During Standoff

A K-9 officer died in a shootout with a suspect that took place on Sunday night.

It all started around 6 p.m. Sunday evening when Norfolk, Virginia, police got a tip from a call detailing a domestic dispute between a man and a woman near Virginia’s Wesleyan College off of E Virginia Beach Blvd.

Pd on scene of a man who has barricaded himself in his home after a domestic in the 1100 blk of Land St. Negotiators on scene.No injuries.

After police arrived, the man attempted to barricade himself in the house. According to investigators, the woman had escaped, leaving the man alone in house. After several hours of police negotiations with the suspect, he came out of the house armed with a gun. When he refused to drop the weapon after pleas from the police, the K-9 officer, named Krijger, was sent to take down the suspect. The suspect then started randomly shooting, and a bullet hit Krijger, killing the dog.

The suspect was immediately shot before he could do anything else. The suspect, later identified as Keith Richardson, was transported to the hospital with serious injuries.

However, a witness and neighbor tells a different story. Neighbor Gene Strickland told WAVY-TV, “They had every opportunity, they could have took him then. They did not. There was no barricading in his house. He walked out of the house several times with all the police all around.”

According to Strickland, Richardson was already on the ground with a gunshot wound in his leg when the K-9 went after him. It was at that time when Richardson shot Krijger in an act of self defense, Strickland told the station.

Richardson is currently in critical condition, and he remains in police custody, according to authorities. Police charged him with abduction, and robbery,  as well as use and making threat with a firearm.