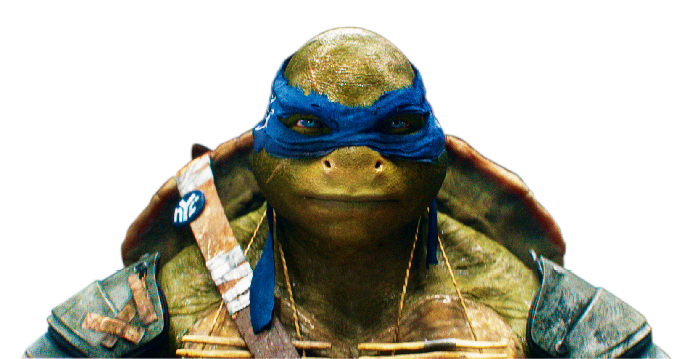 Starring: Chadwick Boseman, Dan Aykroyd, Viola Davis
What: Chadwick Boseman becomes James Brown in this biopic.
Anticipated: Boseman knocked Jackie Robinson’s biopic out of the park—
pun absolutely intended. Until now, only Eddie Murphy’s been able to do a believable James Brown impression. James wasn’t called the Godfather of Soul for nothing. See a super-talent play a super talent.

‘Guardians of the Galaxy’

Starring: Chris Pratt, Zoe Saldana, Dave Bautista, Vin Diesel, Bradley Cooper
What: A throwback to “Raiders of the Lost Ark” and “Star Wars,” it’s cool, funny, heartfelt, and… weird?
Anticipated: Marvel lite? Funnier Marvel? Marvelous? Pratt is a big reason why it all works: He steps up into the big time with a performance that recalls Harrison Ford, Tom Cruise, as well as Pratt’s “Parks and Recreation” alter ego.

Starring: Brendan Gleeson, Chris O’Dowd, Kelly Reilly
What: An innocent Irish priest’s life is threatened during confession by a former molestation victim. He must find his would-be killer before time runs out.
Anticipated: A topic that’s on many minds. Brendan Gleeson was the guy in “Braveheart”
with the massive blond beard, braids, and battleaxe. He’ll make an interesting priest.

Starring: Megan Fox, Alan Ritchson, Johnny Knoxville, Will Arnett, Whoopi Goldberg
What: The future is looking dark and grim until four outcast brothers rise from the sewers of New York City and become the Teenage Mutant Ninja Turtles. They work with fearless reporter April O’Neil to save the city and unravel a diabolical plan. The Turtles are a classic American thing by now. It’s an event. A must-see.
Anticipated: Megan Fox replaces Paige Turco as April. Better CGI. Nostalgia factor—grown ups who watched “Ninja Turtles” as kids have missed them.

Starring: Helen Mirren
What: Hassan Kadam and his family are displaced from their native India. They start a restaurant across the street from a famous French restaurant, whose owner is determined to keep them away.
Anticipated: A battle of French vs. Indian food and accents, with a romance thrown into the bargain, could be quite fun and funny.

Starring: Daniel Radcliffe, Adam Driver, Zoe Kazan
What: Harry Potter’s first comedy asks, what if the love of your life is actually your best friend? Radcliffe plays Wallace, who falls for a girl who’s already taken.
Anticipated: Adam Driver (“Girls”) will probably be as weird and funny as ever as foil to Wallace’s luckless romantic.

Starring: James Cameron
What: A collaboration with National Geographic, this documentary follows world-class filmmaker James Cameron to the lowest point of the Mariana Trench in the Pacific Ocean.
Anticipated: The Deepsea Challenger is essentially an iron coffin going seven miles beneath ocean’s surface. It’ll be a science adventure.

Starring: Meryl Streep, Jeff Bridges, Katie Holmes, Taylor Swift
What: In a utopian world with no conflict, racism, or sickness, everybody’s got a role to play. Young Jonas (Brenton Thwaites) is selected to be the Receiver of Memory. He figures out that his ancestors gave up humanity in order to have a stable society.
Anticipated: Meryl and Jeff, and some alien abduction. Enough said. That, and it’s the first screen adaptation of the 1993 Lois Lowry novel.

Starring: Lots of top paleontologists
What: Paleontologist Peter Larson and his team made the world’s greatest dino-discovery in 1990—the largest, most complete T. rex ever found. But during a 10-year battle with the U.S. government, museums, and Native American tribes, they found themselves not only fighting to keep the T. rex but fighting for their freedom as well.
Anticipated: Who has the rights to billions-year-old fossils? This simple question landed Larson in jail. For fans of the American Natural History Museum, or any other science museum. You’ll never take paleontology for granted again.

‘When The Game Stands Tall’

Starring: Laura Dern, Jim Caviezel, Michael Chiklis
What: Legendary football coach Bob Ladouceur took De La Salle High School in Concord, Calif. from obscurity to a 151-game winning streak, shattering all records for any American sport.
Anticipated: Based on a true story. Coach Ladouceur only cared about focusing his boys on giving it their best shot. One student standout athlete was murdered just before he left for Oregon to begin a college football career. His tragic death was a tragedy, and is a major storyline in the film.

Starring: Denzel Washington, Chloë Grace Moretz
What: A former black ops commando fakes his death for a quiet life, but comes out of retirement (of course) to rescue a young girl. Finds himself facing down Russian gangsters.
Anticipated: Sort of like “Taken.” We like it when mob bad guys incur the wrath of former deadly professional killers.

Starring: Chloë Grace Moretz
What: Mia is a Julliard-bound cellist who falls in love with a rocker from Portland. Just when her sheltered life is on the cusp of being radically changed, a car accident puts her in a coma. She’s conscious, though, and must decide whether to let go of life and new romance, or return to her body and accept life with all its uncertainties.
Anticipated: People die in movies all the time, but this is a look at what’s it might be like to be trapped in the space between life and death.

Starring: Robin Wright, Jon Hamm, Harvey Keitel
What: Robin Wright plays Robin Wright, but in this fiction, Wright is a struggling actress who’s given a last chance at a career—a studio wants to harvest and digitize her emotions, expressions, and voice, and turn her into an animation.
Anticipated: A revival of an entertainment industry worry that actors will one day become obsolete. It will also be interesting to see an actress who is obviously doing well play an actress at the end of her rope.

Starring: James Corden, Julie Walters
What: Corden again plays a musician (last time was in “Begin Again,” as a street musician). This time he’s an aspiring opera singer who, despite being bullied for his unconventional art, ultimately competes in Britain’s Got Talent. Based on the true story of Paul Potts, who won the contest in 2007.
Anticipated: Corden’s great at physical comedy, which will make for great getting-beaten-up and getting-hit-by-a-car scenes. Though he doesn’t actually sing opera, he still comes across as exceedingly genuine.