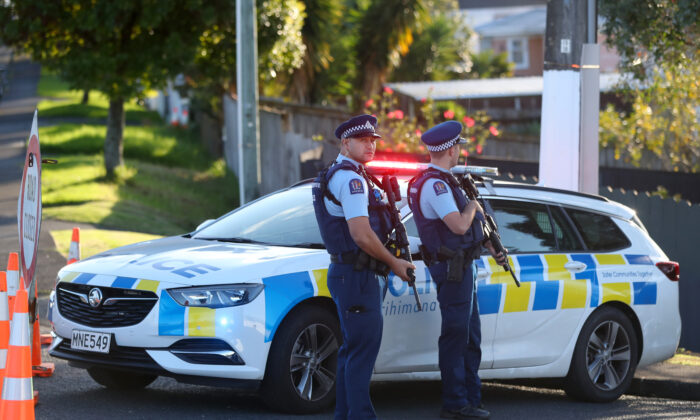 The New Zealand government has unveiled new powers and tools for police to use in the fight against gang violence and intimidation, which has escalated to a point where some have compared the situation to South Africa.

Some new powers include the ability to find and seize weapons from gang members during a conflict and impounding vehicles under an expanded range of offences.

Work to strengthen a sector-wide approach to youth crime is also in progress.

“Police asked for legislative changes that will give them more tools to crack down on violent offending and other criminal activities,” he said in a media release. “We have listened and will introduce a package of changes that target this activity as an omnibus Amendment Bill as soon as possible.”

“These are practical and targeted measures that will help the Police do their job to keep communities safe. We are interested in real solutions, not empty slogans.”

Justice Minister Kiri Allan added that efforts to address the underlying drivers of crime were also underway to ensure that the problem was being tackled at “both ends.”

“We know people don’t become gang members overnight and that the causes are complex and often intergenerational,” Allan said.

“We will continue to ensure we are upping the ante on intervention and prevention measures that are focused on steering young people away from a life with organised criminal groups.

“I will be looking closely at the youth justice system, in particular, to see how we can make changes that will improve both the lives of at-risk young people and public safety over the long term.”

The opposition party said it would support the proposals but believed they did not go far enough and merely “tinker around the edges of a problem.”

“National has long called for greater search powers for police to take firearms out of the hands of gangs, so it is positive the government is finally acting to provide these for police. But this still doesn’t go far enough,” National’s acting police spokesman Chris Penk said.

National’s leader Christopher Luxon said the most powerful method would be cutting back illegal guns that gangs had access to.

“That requires what we call the firearms prohibitions orders with warrantless search powers to be able to execute that, so that police actually have the tool to go after gang members who are using illegal guns,” he told reporters.

However, the Greens Party called for more action to address underlying causes of crime and not “more of the same simplistic solutions that we know do not work.”

“The recent episodes of gang violence and crime will be scary for whanau and our communities. But granting police expanded powers is not going to address the problem of organised crime, prevent violence, or keep people safe,” Greens justice spokesman Golriz Ghahraman said.

Ghahraman noted that Maori, the Indigenous people of New Zealand, and Pasifika communities are many more times likely to be subjected to searches. She called for a greater focus on Maori solutions as well as more sensible gun regulation.

Meanwhile, the ACT Party said the tougher action on shootings was “long overdue,” citing new data that showed a 26 percent increase in gang member firearm offences between 2018 and 2020.

“It’s a shame that things have had to get this bad before they’ve finally taken some action,” ACT’s justice spokesman Nicole McKee said.

“I hope this new focus on gangs means Labour will now stop targeting law-abiding firearms owners and that they will scrap their plans to create a firearms register that gang members will see as a shopping list for firearms they can steal.”