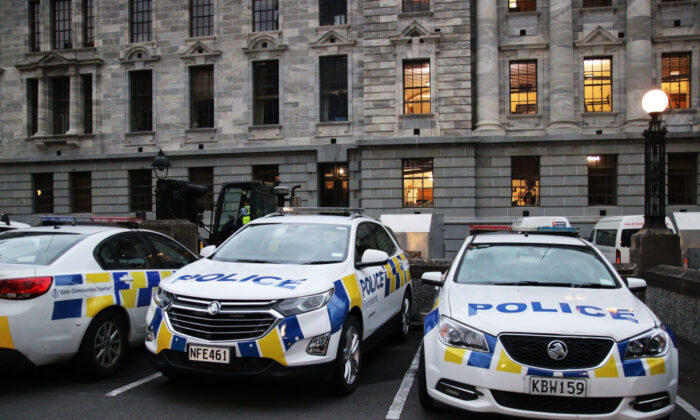 Decades of family abuse has contributed to the rampant crime rate in New Zealand, with one politician comparing the lawlessness to that in South Africa.

“We’ve had the most crime, especially the most gun crime, that I can ever remember,” former federal Member of Parliament Matt King told The Epoch Times.

“It’s been decades of the parents are the same and their parents are the same,” he said. “Especially in areas like Northland where I’m from, there are quite a high number of families—as a percentage of the population—that are basically mistreating and abusing kids.”

The Northland region is at the northern tip of New Zealand.

The new Minister of Police Chris Hipkins also expressed the same sentiment saying some criminal behaviour was “decades in the making.”

“If you go and talk to the prisoners, which I have done over my time as a member of Parliament, you’ll often find people who were victims before they were offenders. So the cycle of offending can be a long-time in the making,” he told New Zealand’s Q + A program in June.

Hipkins did not guarantee that the growing number of injury-causing acts, sexual assault, and homicide would be reversed under his watch, but said it would be something “we’ve got to be aiming towards.”

However, King noted that while trying to solve intergenerational problems could be “very labour intensive and very capital intensive,” in the long run it was worthwhile.

In one instance, New Zealand taxpayers were estimated to be paying $120,000 (US$75,000) per year to look after a prisoner. But King said authorities could have “just spent $20,000 on him when he eight, nine, or 10 to get him out of his abusive, alcoholic father’s grasp.”

But he conceded that the government was not incentivised to tackle the issue through targeted intervention at extremely young ages because of the country’s three-year election cycle.

“Because it’s a long-term benefit. The payout, the benefit will only be felt 10 years from now and there’s probably going to be a change of government by then,” he said.

Police ‘Hamstrung’ When Dealing With Crime

King said the police were “hamstrung” when it came to dealing with youth offenders due to strict rules around dealing with kids.

“Anyone under the arrestable age—it’s all youth aid, youth justice—so it’s very hard for the cops to actually deal with these offenders,” he said.

Police are also restricted by the pursuit policy that was changed in 2020 after 63 deaths in the last decade. Police are only allowed to chase fleeing vehicles if the threat of the suspect “outweighs the risk of harm created by the pursuit.”

Since the change was made, there have been no fatalities in police pursuits. However, the opposition party highlighted that it has emboldened young offenders who often flee from law enforcement.

“Young offenders have realised they can steal a car or flee the scene of a crime without the risk of being pursued or stopped by the police,” National’s police spokesman Mark Mitchell said in May.

In response, Hipkins said the policy was currently under review.

“That doesn’t necessarily mean chasing every car, but it can mean monitoring that car until it stops and then catching up with the people who are in it,” the minister said. “So there’s all sorts of options that are available to the police.”

Another immediate reason that children are drawn towards crime is disengagement from school.

Mayor of Auckland Phil Goff previously told The Epoch Times that the recent wave of ram raids—carried out by young people—is also related to the absenteeism stemming from the COVID-19 lockdown periods, where many students simply decided not to return to class.

King said New Zealand was currently seeing the “most truancy” it ever had, but there was a lack of funding to support truancy officers.

“There’s not the follow-up required to get people to make sure the kids are in school,” he said. “I know from talking to people around here that there’s a real lack of funding for truancy.”

“I think there needs to be a focus on getting these kids back to school [so there aren’t] 12-year-olds running around trying to cram in cars.”

The government has set out to address the issue through a national school attendance target.

School attendance has declined across the board since 2015 a trend that accelerated during COVID-19.

“[It] now sits at around 60 percent of students who turn up 90 percent of the time,” Associate Education Minister Jan Tinetti said in a statement in June.