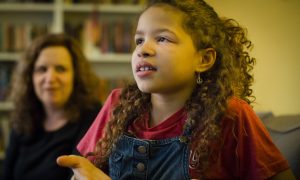 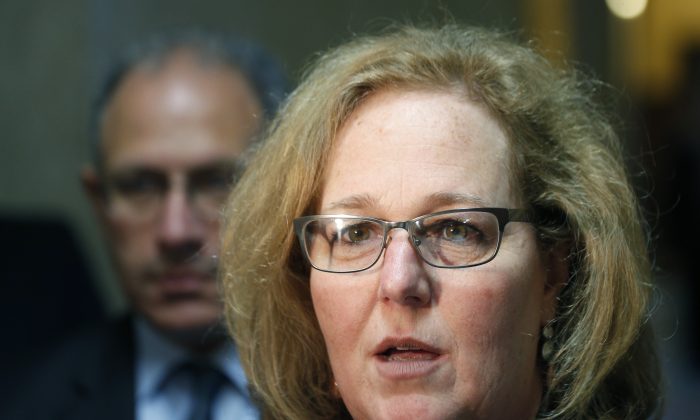 New York State United Teachers President Karen Magee talks with reporters in a hallway at the Capitol in Albany, N.Y., on June 19, 2014. New York's largest teachers union is suing the state Education Department over what it views as a "gag order" on teachers who score state tests. (AP Photo/Mike Groll)
New York

BUFFALO, N.Y.—New York’s largest teachers union is suing the state Education Department over what it views as a “gag order” on teachers who score state tests.

Teachers say they want to point out poorly written questions and ones that don’t align with what students have been taught but can’t because of confidentiality agreements they have to sign.

“Teachers must be free to protect their students and speak out when they have concerns about state tests. Instead, they are under a ‘gag order’ to be silent—and that is hurting children,” said Karen Magee, president of New York State United Teachers, which filed the suit in federal court in Albany this week on behalf of five teachers.

State education officials responded Thursday that they’ve released half of the questions from this year’s state exams, and teachers are free to talk about those. But they say questions slated for future tests must be kept secure.

“New York’s state testing system is among the most transparent in the country,” Education Department spokesman Dennis Tompkins said in a written statement.

“In addition to posting the criteria used to develop, select, and review every item and every passage, we released 50 percent of this year’s 3rd to 8th grade items with explanations of the correct and incorrect answers.”

The lawsuit asks the court to find that the confidentiality agreements infringe on teachers’ constitutional rights to free speech and to bar the state from firing teachers or revoking their licenses for not complying.