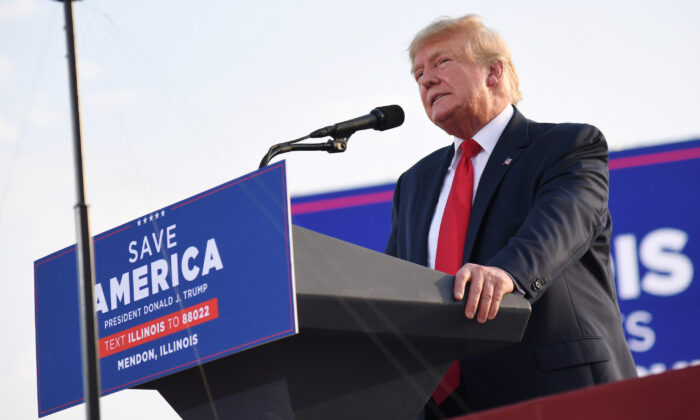 Former President Donald Trump has been cleared of contempt of court, a New York judge ruled on June 29.

On June 29, Engoron purged the contempt order after reviewing additional documents submitted by Trump’s legal team. Additionally, Engoron said the $110,000 fine that Trump paid as part of the contempt finding will continue to be held in an escrow account, while the former president appeals the initial contempt order.

Trump was ordered to pay a fine of $10,000 per day in April, which added up to $110,000 by early May. The fine stopped accruing in early May following Engoron’s order.

Alina Habba, a lawyer for Trump, said in a statement that the original contempt ruling was “unwarranted.”

“Although we are pleased that the court has lifted the contempt finding, we maintain that it was wholly unwarranted and improper in the first place. We will push ahead with our appeal to secure justice for our client.”

However, Habba has previously said that James “has weaponized her office through this political witch hunt” and her actions are “a threat to our democracy.”

James, a Democrat, has been the state’s attorney general since 2018, when she defeated Keith Wofford, a Republican, in the general election. James was a candidate for the 2022 gubernatorial race in New York before suspending her campaign in December 2021.

Meanwhile, Trump said in a statement in April that James should allocate resources of her office to fight crimes in New York, rather than investigating his company.

“With the horrible Subway Shootings and Violent Crime in New York being at an all-time high, where people are afraid to walk the streets, the racist and highly partisan Attorney General of New York State, failed Gubernatorial candidate Letitia James, should focus her efforts on saving the State of New York and ending its reputation as a Crime Capital of the World, instead of spending millions of dollars and utilizing a large portion of her office in going after Donald J. Trump and the Trump Organization (for many years!), who have probably done more for New York than virtually any other person or group, including employing many wonderful people and paying millions and millions of dollars in taxes,” Trump said.

Trump and his two oldest children, Donald Trump Jr.. and Ivanka Trump, are scheduled to testify in James’s investigation beginning on July 15. New York’s Court of Appeal rejected Trump’s appeal to halt depositions in the investigation earlier this month.