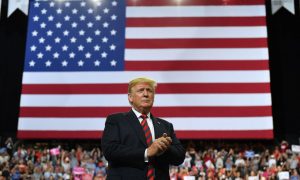 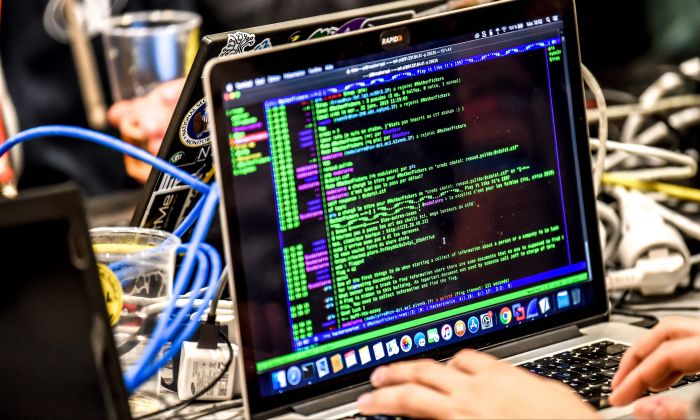 A person delivers a computer payload while working on a laptop during the 11th International Cybersecurity Forum in Lille, France, on Jan. 22, 2019. (Philippe Huguen/AFP/Getty Images)
China-US News

The document, released Jan. 22 by the DNI office currently headed by Daniel Coats, is a summary of U.S. intelligence agencies’ strategic direction for the next four years.

The strategy identified cyber threats and emerging technologies such as artificial intelligence (AI) as areas of focus—two fields in which the Chinese regime is rapidly advancing. The report described cyber attacks as a challenge to public confidence in U.S. government institutions, while causing enormous economic costs when sensitive information is compromised.

Meanwhile, AI development will “enable new and improved military and intelligence capabilities for our adversaries,” according to the new strategy.

China is among a handful of countries specifically named in the document.

“Chinese military modernization and continued pursuit of economic and territorial predominance in the Pacific region and beyond remain a concern,” according to the report, alluding to the Chinese regime’s geopolitical advances via One Belt, One Road investments around the world, as well as its aggressive defense of territorial claims in the South China Sea.

The strategy also singled out China’s development of anti-satellite weapons as a potential threat to “U.S. military effectiveness and overall security.”

The report warned the 17 executive-branch-level intelligence agencies that “nearly all information, communication networks, and systems will be at risk for years to come,” due to adversaries becoming more adept at cyber attacks, according to the report.

In September 2018, the Pentagon released a cyber strategy document pinning China and Russia as the main threats to cybersecurity in the United States. “China is eroding U.S. military overmatch and the nation’s economic vitality by persistently exfiltrating sensitive information from U.S. public and private sector institutions,” according to the documents (pdf).

Two days later, the White House released a cyber strategy of its own, specifically calling out China for its persistent campaigns of economic espionage via cyber theft of intellectual property targeting U.S. private companies.

The policy documents came amid reports of aggressive hacking activity by Chinese entities.

In November, hotel chain Marriott publicly revealed that there was a massive data breach that exposed personal data from as many as 500 million Marriott customers. Some U.S. officials revealed to media that investigators believe hackers working on behalf of China’s main intelligence agency, the Ministry of State Security (MSS), were responsible.

In December 2018, U.S. prosecutors indicted two Chinese hackers, alleging that they worked on behalf of MSS to carry out Cloudhopper attacks, stealing hundreds of gigabytes of data from military service members, government agencies, and private companies in the United States and at least a dozen other countries.

The National Intelligence Strategy did not name China specifically as a cyber threat, but warned that “foreign intelligence entities” would come up with ever more “creative” ways to threaten U.S. security.

China already has stated that it intends to become a leader in AI technology. Its Skynet system of AI-enhanced security cameras, which will cover the entire country by 2020, conducts real time surveillance of its citizens. In July 2017, China’s cabinet-like State Council released an economic blueprint report naming AI as a national priority.

In addition, the Beijing Institute of Technology, China’s top weapons research institute, began recruiting top high school students from the nation for an AI weapons education and training program in October 2018. The university said the goal of the program was to have young talent lead the future of AI and robotic weaponry.