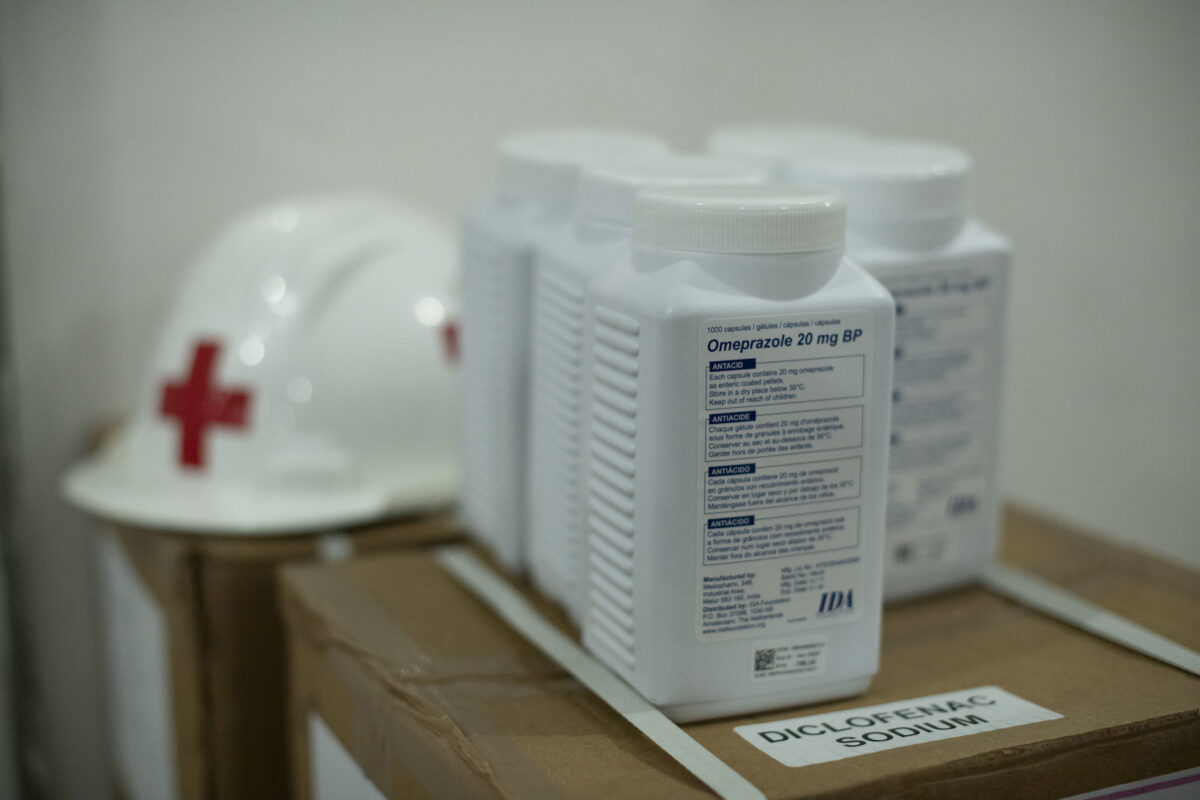 Container of Omeprazole in a warehouse of International Committee of the Red Cross in Caracas, Venezuela, on June 19, 2019. (Carlos Becerra/Getty Images)
Science

High concentrations of phthalates like that found in some medications may be linked to an increase in childhood cancer risk, a first-of-its-kind study from the University of Vermont Cancer Center suggests.

Phthalates, also known as the “everywhere chemical,” are used as inactive ingredients in some medications, but are more commonly found in several types of chemical in plastics that researchers are investigating for any potential disruptions to human hormones and other possible health problems. The chemical make plastics like polyvinyl chloride (PVC) more flexible and are used in vinyl flooring, adhesives, detergents, lubricating oils, and automotive plastics.

People can be exposed to low concentrations by eating and drinking foods and beverages that have been in contact with plastic containers, according to the Centers for Disease Control and Prevention (CDC), or higher concentrations through medications formulated with phthalates.

The study, published in the Journal of the National Cancer Institute on Feb. 18, measured associations between gestational and childhood medication-associated phthalate exposures and the incidence of childhood cancers.

Authors of the study identified all live births in Denmark between 1997 and 2017, including both children and birth mothers, which came to 1,278,685 children.

They then used drug ingredient data merged with the Danish National Prescription Registry to measure phthalate exposure through filled prescriptions for mothers during pregnancy (gestational exposure) and for children from birth until age 19 years (childhood exposure).

“These results add to a growing body of evidence suggesting that these ubiquitous chemicals have a negative impact on human health,” said lead researcher Thomas Ahern, an associate professor at the University of Vermont’s Larner College of Medicine.

“Our study characterized phthalate exposure based on prescription fills for phthalate-containing medications. While such exposures are typically much higher magnitude than what we would call ‘background’ environmental exposure, our findings warrant concern,” Ahern said.

Randall Holcombe, director of the University of Vermont Cancer Center, said that while no direct correlation has been made between phthalates in the region and increased cancer risk, the study “highlights the importance of environmental exposures and their relationship to cancer risk.”

“Ultimately, research like this will lead to a better understanding of how to mitigate the risks of environmental phthalates,” said Holcombe.

Phthalate levels are regulated in food in the European Union, but not in the United States.

According to the Centers for Disease Control and Prevention, the human health effects of phthalate exposure are not known, but they have been shown to affect the reproductive systems of lab animals.

Isabel van Brugen
Reporter
Follow
Isabel van Brugen is an award-winning journalist and currently a news reporter at The Epoch Times. She holds a master's in newspaper journalism from City, University of London.
SHARE
Friends Read FreeCopyFacebookTweet
You May Also Like