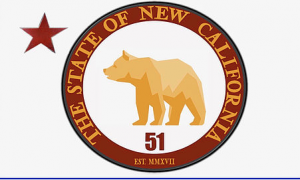 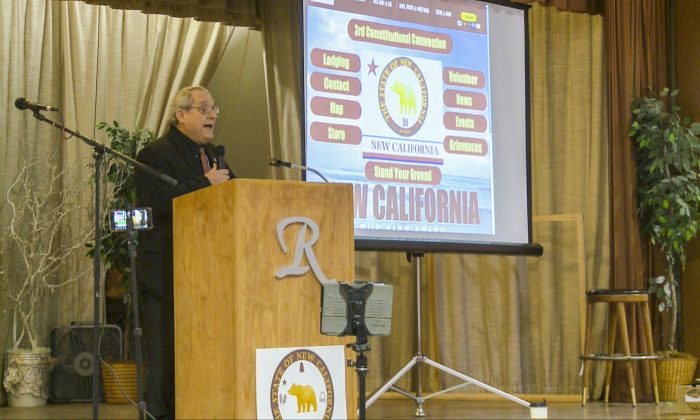 The self-governed legislature is a statewide grassroots effort to free most of California’s rural areas from the current state and form a new one. So far, representatives from 47 of 58 counties in California have joined the movement.

About 200 California representatives attended the event. They passed three resolutions and drafted an outline of the New California State’s Constitution.

They also wrote a letter to President Donald Trump. It was signed by Paul Preston, president of the movement.

“We feel that we are threatened,” said Preston. “The principles of the Founding Fathers [held that] the rights we have today are God-given rights and that only we can control the government; we are in charge of the government.”

The movement claims that the current state’s mono-party system and sanctuary state policy is causing violence to increase in California; therefore, the state has failed to provide three conditions guaranteed by the Constitution.

Orange County Sen. David Arnold said: “One of the struggles that we have right now with California is we have absolutely no representation in the state. So all the rural counties in California have been completely devoid of representation.”

Paul Taylor, a former California Senate candidate, said, “For some reason, our legislators, the people running this country and this state, have forgotten the oath of their office, which is to uphold the Constitution.”

Donald Wilson, a historian and advisor for the movement, said the founding principals of America have always been against globalism.

“When you look at the way we did things, you can’t be president if you weren’t born here. That’s in the Constitution,” said Wilson. “And there were hard borders, and there were things when we even say ‘We the people.’ Who’s ‘we?’ You know, people quote that line a lot, but who’s ‘we?’ We, those of us who are here, and who are citizens and who make our own country. That’s who the ‘we’ are.”

Terrence Bates, an assemblyman of the self-governed legislature from Orange County, said the current government in California has kept the people in bondage.

“There’s taxation without representation, there’s overregulation, the education system is horrible,” said Bates. “I have four kids and our children do not like what they are learning in schools. They feel like they are always having to explain themselves for being believers in God, and believers in traditional values and traditional family.”

Bates was also excited to be sworn in at the gathering to join the New California State movement.

“I believe this entire movement is in my DNA because my ancestor was George Read, who was the governor of Delaware and signed the Declaration of Independence in 1776.”

Preston said the event is significant because everyone is watching what representatives are doing in New California.