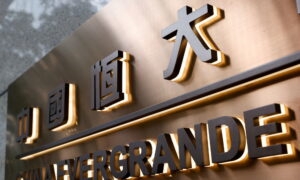 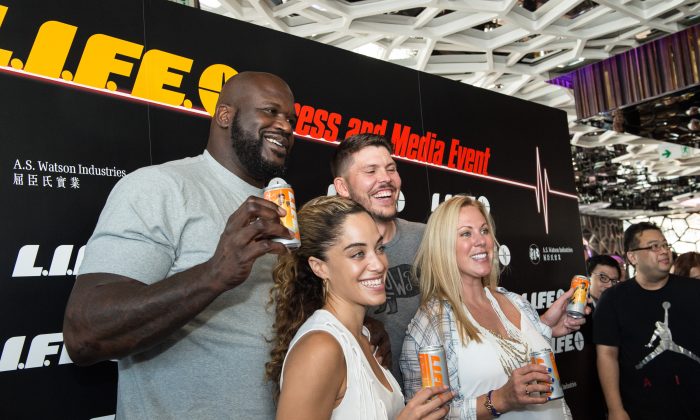 Former NBA legend, one of the best players in the history of basketball, the 2.16-metre tall Shaq O’Neal also came to Hong Kong to support his fellow NBA champ Mike.

At the media event held at Ozone sky bar of The Ritz-Carlton, on the top floor of ICC building in West Kowloon on August 18, Miller talked about why he chose Hong Kong to be the first market to sell the energy drinks in the region.

He said: “Hong Kong is such a great market to launch L.I.F.E. as it is a hugely vibrant and exciting city ……Hong Kong’s youth culture has many cross points with L.I.F.E. such as basketball, music, fashion, sneaker culture, video gaming, entertainment and others making this the perfect launch pad.”

The energy drink was first released in 2012 in the United States as Let it Fly, but has now been formulated to suit the Asian palate and rebranded as L.I.F.E for Asia.

This is Jenni’s first trip to Hong Kong, Jenni was Mike’s university sweetheart at the University of Florida where he studied business. She told Epoch Times that Mike is a home lover, spends a lot of time with the family and their children particularly in the off season.

Mike revealed Jenni was a very good volleyball player, their two sons [14 and 11 years old] are tall kids, “yes, my wife is also pretty tall so they are tall kids. I make it a priority to spend time with them. My boys love basketball so it makes it fun” he said.

Epoch Times reporter noted that Mike’s left forearm has a Chinese character tattoo “命” (means life, fate, destiny, mission….), Mike explained: “I use that one because it’s what I live on as it’s my destiny to be what I am. Everything happens for a reason, you believe in what you are doing, you do it competently and everything will happen. If you do stuff to help others it circles back and helps you. I am a big believer in helping others.”

The Millers are known in the NBA world for their charity work and philanthropy, they have contributed US$1.5 million to a number of hospitals in recent years.