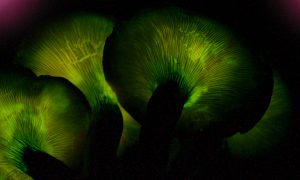 Some Mushrooms Glow in the Dark: Here's Why
0
Share Now
TelegramFacebookTweetEmailTellMeWeReddit
Copy Link 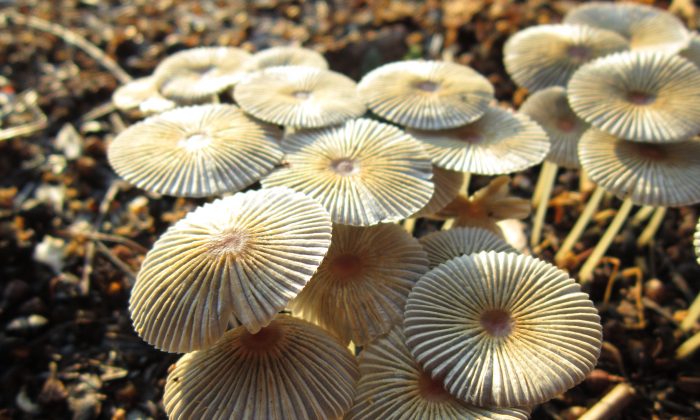 People have tried to figure out how mushrooms are related since the time of Linnaeus," says Catherine Aime. "It's gratifying to finally solve this mystery." (Selena N. B. H./Flickr, CC BY 2.0)
Science

After more than 200 years of struggle, the mushroom “tree of life” has been resolved, report researchers.

The group used DNA from frozen, heat-dried, and freeze-dried specimens to analyze a dataset of 39 genomes representing most of the known families in Agaricales, the order that houses some of the most familiar kinds of mushrooms, including cultivated edible mushrooms, “magic” mushrooms, and the deadly “destroying angel.”

High-throughput sequencing technology allowed the scientists to define seven new suborders and the “trunk” of the Agaricales tree, providing a framework for testing hypotheses of the evolution of mushrooms.

“Mycology really is one of the last frontiers in biology,” says Catherine Aime, associate professor of mycology, the study of fungi, at Purdue University.

“We know there are 6 to 20 times more species of fungi than plants, but we don’t really know much about them. People have tried to figure out how mushrooms are related since the time of Linnaeus. It’s gratifying to finally solve this mystery.”

Fungi are essential to the health of ecosystems, plants, and animals. They decompose fallen wood and other organic matter, breaking down material and freeing up nutrients for other organisms.

Most land plants rely on beneficial fungi to deliver water and other nutrients, and the gut fungi of ruminants such as cows play a vital role in digestion. Most humans also host fungi, which help maintain the balance of our natural flora.

But despite their importance and rich diversity, comparatively little is known about fungi. Many species have “cryptic and unpredictable life histories,” Aime says, making them difficult to study. The vast majority of fungi are microscopic with few orders producing visible mushrooms. Some species have complicated lifecycles that have no analogy in other multicellular organisms. Others are extremely rare and represented by only a few records or are impossible to detect with conventional methods.

The tree provides the clearest and most detailed glimpse to date of the fundamental relationships between mushrooms and when certain types may have evolved. Aime says that the tree suggests the earliest Agaricales were decomposers or biotrophs, organisms that derive their nutrition from other living organisms, a category that includes pathogens.

“We’ve had this view that organisms became more ‘selfish’ as they evolved, learning how to take advantage of the system by becoming pathogens,” she says. “But it’s possible that selfishness happened first, and over time, some of these species coevolved to become more mutualistic.”

The elusiveness of fungi is one reason why fungaria—collections of preserved fungal specimens—are so valuable, Aime says. They offer a panorama of the diversity of known fungi and are often the only places where rare species can be studied.

“To go out and recollect many of these specimens from nature would take decades, if not lifetimes,” she says.

But until recently, fungaria were of limited use for genetic research because of the technical complexity of genome sequencing and the poor quality of DNA samples obtained from old, dried specimens. Advances in technology, however, enabled Aime and her fellow researchers to use short DNA sequences from fungaria at Purdue and the Royal Botanic Gardens, Kew, to knit together entire genomes and identify genes that could be used as markers to link related species of mushrooms, resulting in the tree of life.

“We may be on the verge of a major collections-based revolution,” she says. “People think of fungaria as similar to stamp collections—they’re not. These collections anchor our concepts of everything in biology and are our only repositories for some dying or possibly already-extinct species. It’s extraordinarily important that we try to collect and preserve as many species as we can.

“Future technology may allow us to use those materials in ways we can’t even imagine now. We’ve got to get them before they go.”

The paper appears in the Biological Journal of the Linnean Society.

The British Department for Environment, Food and Rural Affairs provided funding for the research.