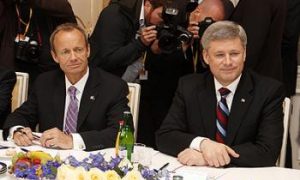 “Bourne-ification.” It refers to the effect that the movie “The Bourne Identity” had on the genre of action films. (It’s a fictitious term.) It started a trend of dialing down the glitz factor and upping the grit factor. James Bond’s been “Bourne-ified,” for example. He wears fewer black ties but gets more black eyes.

So what’s that got to do with Batman? The thing about Batman’s brand of super-heroism is that he’s got no actual super-powers. He’s got super-money that buys super-gadgets that function as super-powers. Batman is human. Batman is perfect for Bourne-ification. How do you “Bourne-ify” Thor’s magic hammer? Exactly.

“The Dark Knight Rises,” the latest episode of the “Batman” franchise, is definitely Bourne-ified. It’s realistic for a comic book. Gritty! But is it interesting? Kinda sorta. It takes itself fairly seriously. Should it? It’s Bourne-ified, but it’s still a comic book, and a comic is by nature—fluff. Gritty fluff, anyone?

When last we saw The Dark Knight, aka Batman, aka Bruce Wayne, he had nixed his adversary Harvey Dent, aka Two Face. The public was unaware that Two Face was really a demon, and so the “Dent Act” was enacted, putting a massive dent in criminal activity in Gotham City, and thus putting Batman out of business. So the Dark Knight’s been slumming around, depressed and unmotivated, with a bum knee, for eight long years.

Enter Anne Hathaway as a slinky cat burglar (Cough! Catwoman. Cough!) who burgles the bat-safe with such va-va-voom ingenuity that the Batman gets a tad hot and bothered. He starts to think maybe he should get out more.

Then, a hulking new terrorist-y villain, Bane (Tom Hardy in a minimized Darth Vader mask), starts wreaking havoc in Gotham. He trashes the stock exchange, does a sort of storming of the Bastille, and apparently gives the city to the 99 percent. So now, of course, Batman’s simply got to come out of retirement.

Morgan Freeman’s character Lucius is to Batman what Q is to James Bond—he demonstrates the new toys. There’re some old gizmos like The Tumbler (a motorcycle), an excellent new gadget that immediately kills paparazzi cameras dead, and a cool new airborne gizmo called—wait for it … The Bat.

Gary Oldman reprises Commissioner Gordon, and Joseph Gordon-Levitt is gung-ho young cop John Blake (not his real name). The smart money says that John Blake will be in the next “Batman” movie using his real name (hint, hint). Michael Caine is also back as billionaire Bruce’s butler, Alfred.

It’s a convoluted plot that goes on for nearly three hours. Someone’s been pouring concrete laced with explosives all over Gotham, the bridges are blown, there’s no escape. There’s an unstable thermonuclear bomb somewhere, meant to ruin the newly found hope of the 99 percent. Bane is a mean man who knows hope exacerbates torture.

Batman motorcycles and hovercrafts around, acting as a sort of caped Jack Bauer (of the Fox Network show “24”), running a counterterrorist unit of big bat-weapons, attempting to foil Bane and his bomb. There are lots of serious, emotional lectures by Alfred, who is concerned with Bruce’s billionaire-to-bum slide. He wants for him to be happy.

There are some good lines. The doctor examining Batman’s trashed knee quips, “You have exactly no cartilage in your knee, therefore this medical office will certainly not condone any heli-skiing.”

When Batman looks away for a split second and Catwoman vanishes into thin air, he says, “So that’s what that feels like.”

There’s definitely a boredom factor amid the three hours of bombast. As mentioned, “The Dark Knight Rises” tries to be very dark and serious. The problem is, that comic-book rubber-headed costume just looks sort of, well, comical, when things get too realistic.

It’s an all-star cast, heavy hitters all. Everybody can act up a storm, any bat-time, any bat-place. Problem is, every movie nowadays is a comic book or a cartoon. What are we doing? What are we watching lately? Gritty fluff, that’s what.