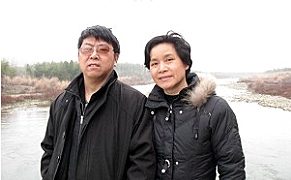 It seems like just yesterday that Tobey Maguire and Kirsten Dunst played Spider-Man and girlfriend Mary Jane in the movies. It’s been 10 years, actually—already time for a new generation to have its own Spidey.

What the new generation gets is certainly Spidey 2.0. Between the top-of-the-line 3-D and the state-of-the-art CGI, “The Amazing Spider-Man” should have had the top summer blockbuster spot locked down in spider webbing. However, all the technological advancement in the world will never trump good storytelling.

Peter Parker (Andrew Garfield of “The Social Network”) is a shy high school science genius with an unruly bed-head shock of movie star hair. His parents disappear mysteriously, early in his life. Aunt May (played rather cloyingly by Sally Field) and Uncle Ben (a solid Martin Sheen) raise him to be a fairly upstanding young man.

High school is the usual minefield of humiliation at the hands of bullying jocks and heartache at the hands of pretty girls. Peter’s crush is on Gwen Stacy, played here by Andrew Garfield’s real-life girlfriend, the perennially stellar Emma Stone.

Peter eventually uncovers evidence of his father’s scientific experiments in the field of “cross-species genetics,” which leads him to track down his dad’s partner, Dr. Curt Connors (Rhys Ifans).

Most moviegoers and comic book readers will know the rest of the story—the Peter Parker-incurred radioactive spider bite, the resulting spider-like supernormal abilities, and so on and so forth. If you know Batman vs. The Joker, and Superman vs. Lex Luthor, then you probably know Spider-Man vs. The Lizard. If not, let’s not spoil the plot.

Tobey Maguire’s version had the edge of novelty and surprise, but Garfield’s Spidey is leaner and meaner with a little touch of Bruce Lee. Finally, the spider suit is completely right—the eyes are dangerous, the webbing is weaponized, and Garfield looks a lot more like the illustrated comic book Peter Parker.

The biggest thrill of any Spider-Man movie remake will always be the nerd-to-superhero makeover and the resultant, highly satisfying bully smack-down. This version does not exactly disappoint.

Starting with the honing of spider superpowers in a warehouse that seems blatantly borrowed from the dance movie “Footloose,” it ends with a game of hoops that resoundingly puts Peter Parker on the map as a dude not to be messed with.

The big difference is that Maguire’s web-slinger was clearly and continuously taken by surprise at the potency of his abilities, whereas Garfield’s appears to take the proceedings slightly for granted.

The thing about supernormal powers is that you don’t get to have them and behave like a normal person. The moral compass of the movie is provided by the admonishing cuts that Uncle Ben gives to Peter, when he learns about the humiliation of the local bully at the hands of his nephew. With power comes the responsibility to forgo wallowing in revenge and a smarmy sense of entitlement.

While at times “The Amazing Spider-Man” is a thrilling visual rollercoaster ride, it fails to deliver any tangible substance and maintains a consistent level of immediately forgettable, mindless entertainment. Then again, should we expect more from movies made about comic books?

Spider-Man is one of the most popular comic book characters of all time. That fact alone should secure the top summer blockbuster spot with industrial-strength spider webs. It probably won’t. With a director named Webb—it should have.

“The Amazing Spider-Man” opened in theaters everywhere on July 3.