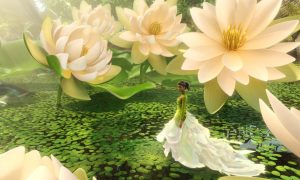 The Lives Beyond the Leaves: Review of ‘Epic’
0
Share Now
TelegramFacebookTweetEmailTellMeWeReddit
Copy Link 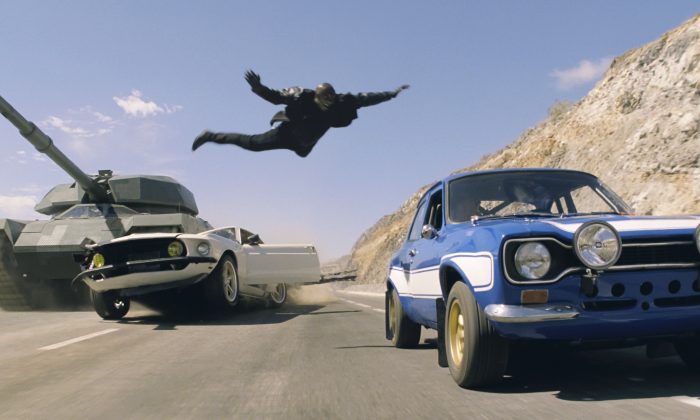 Roman (Tyrese Gibson) makes a death-defying leap in the action-thriller “Fast & Furious 6.” Gibson was being a bad father by not spending time with his daughter following a delay in "Fast & Furious 7" filming, the mother of the daughter says in court filings. (Courtesy of Universal Pictures)
Entertainment

Whoa! We got a live one! “Fast & Furious 6”—here’s your 2013 summer blockbuster, folks! As much as one might want to knee-jerk and reflexively ridicule the “Fast & Furious” series, you have to ask yourself how there got to be six of them. They’re clearly fulfilling a need.

What need? The need for speed.

In the fifth sequel, “Fast Five” (a blockbuster), car thief Dominic Toretto (Vin Diesel) and ex-cop Brian (Paul Walker) pulled off a $100 million bank job and retired. So they have to be brought out of retirement.

Turns out there’ve been some super-driver mercenaries that need apprehending. It also turns out that the girlfriend of the bad guys’ leader is Letty (Michelle Rodriguez), Dom’s former girlfriend, who died in a previous episode.

So Letty’s brought out of death, just like in soap operas. But so what?

They set up shop in London on the condition that they all get full pardons for their many previous transgressions of the law.

What defines an “FF” movie? Vin Diesel’s triple-mega-bass voice, the slo-mo quadruple charisma with which he delivers those bass lines, and the quintuple coolness of the fact that he drives cars and his name is “Diesel.”

Let us also talk about Vin’s arms. There’s a known clause in his contract about how much the Diesel arms can be shown in a movie.

But more so than Vin’s arms, there are—wait for it—Dwayne Johnson’s arms. He’s like a Brahma bull. No wait—he’s like a lion. He’s a bull AND a lion. He’s a spectacular specimen. So the camera loves Dwayne’s arms, and the microphone loves Vin’s voice. This gives us a sextuple blockbuster.

And then you’ve got the cars. Oh, the cars. They’re their own characters. American muscle cars are an art form unto themselves, not to mention their exotic foreign counterparts. They snarl, they roar, they roll up on you like panthers and growl. You can smell the gasoline. We love them.

Lastly, there’s the emphasis on family. An “FF” movie is hair-raising, macho, often quite funny, and then it’s warm and fuzzy. It’s an unbeatable concoction of human sentiment.

Gina Carano, former mixed-martial arts superstar, solidifies her segue to movie stardom here. Her fight scenes with Michelle Rodriguez are electrifying, possibly since Rodriguez trained as a boxer for the movie that made her famous (”Girlfight”) and brings authenticity to the scenes.

As in so many action movies these days, the violence and action set pieces are completely ridiculous and cartoon-like. But director Justin Lin manages to couch the ridiculousness in such riveting storytelling that we’re actually able to suspend disbelief—or at least the desire to dismiss outright, many, many instances of jumping off trucks into speeding convertibles, off car rooftops onto other car rooftops, and out of airplanes onto car rooftops.

There’s also a high-speed flying tackle from a car that is swinging from a cable attached to a speeding tank, where the tackler exits said dangling car, tackles the tacklee who’s flying out of another speeding car, and both land at a very high rate of speed—Boom!—on a distant car windshield. And they don’t die. Got all that? That’s good stuff.

The “Fast & Furious” franchise now takes a page out of the “Avenger” franchise book. As we all know by now, during an “Avenger” movie, you have to sit through the credits for a little teaser. The “Fast and Furious 6” post-credit roll teaser links this franchise with another stunt-driving franchise, bringing on board another of moviedom’s most beloved virtuoso bad-boy car drivers. And there was much ecstatic hooting from the screening audience. Imagine the possibilities!

To have a series get more popular in its fifth and sixth installments is a serious Hollywood accomplishment. Hats off to “Fast & Furious 6.”