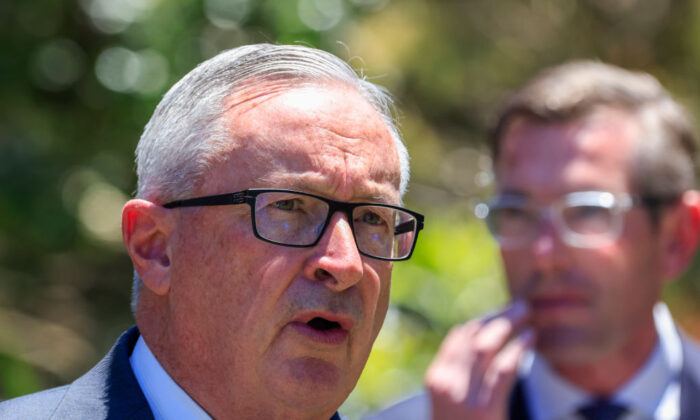 A “reasonable proportion” of COVID-19 hospitalisations in the Australian state of New South Wales (NSW) are patients who were admitted to the hospital for other reasons but happened to test positive to routine COVID-19 virus in checks, according to the state’s Health Minister Brad Hazzard.

Hazzard revealed that many of the people “hospitalised” for COVID-19 are just testing positive after being admitted for other illnesses and injuries, such as heart attacks, broken bones, mental health problems, and even giving birth, the Daily Telegraph reported.

“In the early sampling of figures, a reasonable proportion of cases being classified as COVID hospitalisations are actually people with other reasons for admission,” Hazzard said. “Heart attacks, births, falls… None of that stops just because there is COVID. They come into hospital, they have a swab taken, and it confirms COVID.”

“This shows us it’s out in the community, but we aren’t necessarily seeing that as the primary reason for all of the admissions,” the state health minister said.

Data obtained by the Daily Telegraph showed that over two days of admittances at a major hospital in Sydney, almost half of the patients admitted (50 percent on the first day and 40 percent on the second day) were initially admitted for other reasons.

Australian Prime Minister Scott Morrison has said the data demonstrated the need to create a definition of hospitalisation.

“This is one of the things we’re going to have to discuss this week,” Morrison said. “There are people being counted as being in hospital for COVID. They didn’t go there for COVID. They went there for some other reason, and that’s why they were admitted, and they’ve been tested when they’re there, and they’ve been found to have COVID. So we need to get a standard definition on that because these are the key things we have to track now.”

Morrison also noted that he believed Australia was fast approaching a time when reporting case numbers would not be relevant, and the focus would instead be on the impact on the hospital system.

“We’ve had around 60 meetings of the national cabinet, pretty much every single one of those meetings we were focusing on these preparedness issues around our public hospitals. That’s why we have an agreement with the private hospitals. That’s why we changed the definition of close contact to ensure we could get people back to work, particularly in our health system. And we’re looking to make further changes on that this week so we can get more staff back into our hospitals and ensure that we can deal with the need,” he said.

Currently, in Australia, there are 51 people who have COVID-19 on ventilators and 148 in ICU.

The news comes as NSW, Australia’s largest state,  recorded 1066 COVID-19 hospitalisations on Sunday and 83 people in ICU amid the latest Omicron breakout.

The state’s case numbers rocketed during the holiday, with hospitalisations jumping up from 388 on Christmas Day and 458 on Boxing Day to 1066 on Jan.2.

As COVID cases surge after lockdowns and restrictions are lifted, the public is advised to take the number of hospitalised patients and deaths as a more accurate indicator of the virus’ impact on people’s lives.

This is in comparison to the neighbouring state of Queensland, which only records admitted patients as COVID hospitalisations after they test positive for the virus.

“Of course, with current community transmission, there may be people that present to hospital with another ailment that ends up also positive for COVID,” a Queensland Health spokesperson told news.com.au.

“They, however, would not be recorded in our reporting of a COVID hospitalisation until they have tested positive for COVID.”