Mortgage Buydowns: A New Trend for 2023? 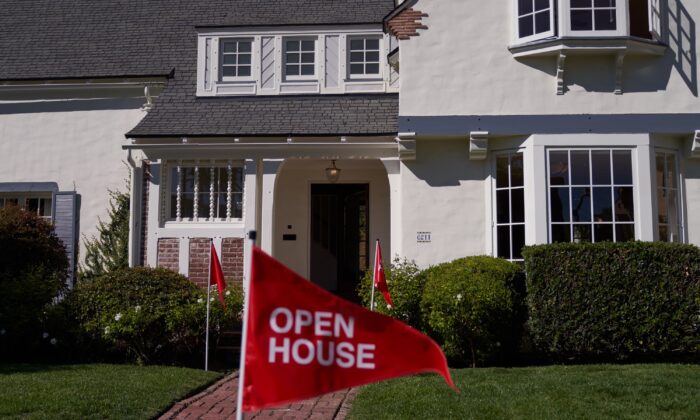 An 'Open House' flag outside a single-family home in Los Angeles on Sept. 22, 2022. (Allison Dinner/Getty Images)
By Mary Prenon

With interest rates currently hovering at about 7 percent, many lenders across the country have seen a resurgence of the mortgage buydown—a plan that allows potential homeowners to save money on monthly mortgage payments.

The National Association of Mortgage Brokers (NAMB) describes a mortgage buydown as a type of financing that provides lower interest rates for at least a few years of the mortgage. They’re typically offered by the home seller or builder who contributes to an escrow account that subsidizes the loan during the first few years.

“I’ve seen this a lot in the past, and it’s a way for the consumer to be able to purchase the home they want when increased interest rates would make their mortgage payments too high,” Ernest Jones Jr, NAMB board president, told The Epoch Times. “If the buyer is willing to offer the seller more for their home, the seller will sometimes make concessions in the form of a buydown. However, the home still has to appraise for the higher amount.”

For example, if a buyer opts for a 2-1 buydown, the interest rate will be 2 percent below the current rate for the first year and 1 percent below for the second year before rising to the regular, permanent rate. In the event that the market’s interest rates drop by the third year, the buyer always has the option to refinance.

“Before this recent turn in the economy, most of the time, sellers didn’t have to make any concessions,” Jones said. “People were just rolling in and paying above market prices. Now, things are starting to change and sellers may be willing to help buyers more with the purchase, especially if they’re in a position where they need to move quickly.”

“I think we may start to see this more with new construction,” he said. “Builders are in a better position because they control all of the costs.”

Jones noted that a buydown isn’t the same as an adjustable-rate mortgage, where the rate is fixed for a set period of time before adjusting to a variable rate.

Once the market levels out, sellers may be more reluctant to give concessions, he said.

“In areas like Phoenix, where property values shot up substantially over the past two years, the home equity grew very quickly,” Jones said. “In cities where there has not been so much growth, and in rural areas, you’ll see less of this type of financing.”

Mo Hamideh, branch manager of Nations Lending in Scottsdale, Arizona, has been seeing a lot of buydowns lately.

“Everyone seems to be asking for them, and I think the real estate agents have been overselling it as well,” he told The Epoch Times. “Buyers are looking for some relief with their monthly payments, but they still have to qualify at the higher payment levels.”

Hamideh and his team cover the entire Phoenix metropolitan area, where new construction is booming. Still, builders haven’t been able to keep up with the demand for housing, he said. As a result, rents are also on the rise, as people who can’t find the home they want are forced to opt for an apartment.

“Like the rest of the nation, we still have an inventory issue here,” he said.

Much of Arizona saw a huge increase in home prices over the past two years, as people from the Northeast and coastal regions of the country looked to western and southern states for more affordable home options.

“When interest rates were low, people were paying way over asking prices and waiving home inspections,” Hamideh said. “Now things are different, and buyers are actually able to negotiate with sellers.”

“They’re just like a marriage—for better or worse,” he told The Epoch Times. “Buyers can save money on their monthly payments for the first couple of years, but once the discounted rate period ends, their monthly payments could end up higher than what they expect. That could be a problem if their income drops since buying the home.”

Echoing Jones’s observation, Fertig said buydowns have been around for a long time, but the rising interest rates brought them to the forefront last year. Many times, sellers will opt to help buyers with a mortgage buydown rather than reduce the price of their home.

“Buyers are basically paying attention to the dollar amount of payments,” Fertig said. “Their biggest concern is, ‘Is this house affordable for me?’ and if not, they won’t make the move.”

By offering credits toward a mortgage buydown, the seller doesn’t need to reduce the price of the home, and the buyer is able to more easily afford the payments for the next few years, he said.

In Florida, where the weather tends to be warm all year long, inventory is still low as would-be homeowners continue to flock to the area.

“But we are starting to see that prices are no longer surging and sellers are more willing to negotiate,” Fertig said.

The average single-family home price in south Florida is $500,000.

As for what will happen during the first quarter, Fertig believes that interest rates will follow inflation.