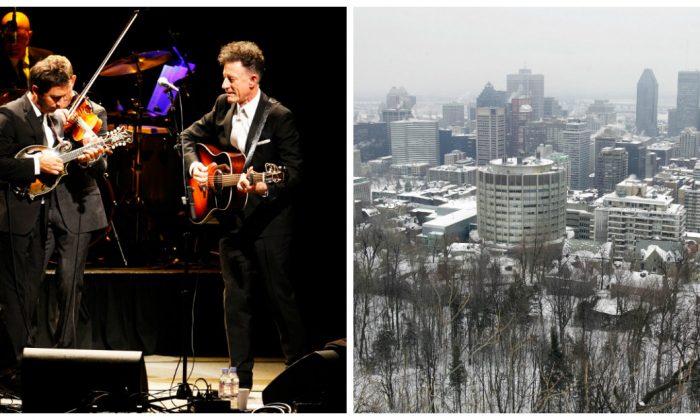 Lyle Lovett performs during Day 7 of the 2013 Festival International de Jazz de Montreal on July 4, 2013 in Montreal, Canada. (Raffi Kirdi/Getty Images) / View of the Montreal skyline from the top of Mount Royal in this file photo. (David Boily/AFP/Getty Images)
Canada

Canada should be a hotspot for millennials with its three biggest cities ranking in the top 10 of Nestpicks’s 2018 Millennial Cities Ranking. Montreal ranked a close No. 2 behind Berlin, Germany. Toronto and Vancouver ranked fifth and sixth respectively.

Nestpick analyzed 110 cities focusing on four criteria: availability of work, affordability of a good life, being open and tolerant, and the ability to have fun. The analysis started with the capital cities and then evolved to include those with major universities.

At a more granular level, factors such as internet speed and the startup ecosystem were deemed important for millenials. The digital economy and entrepreneurial spirit are thought to be key characteristics of the millennial age group, which was born from 1981 to 1996, according to Pew Research. Millennials came of age as the internet was taking off. The oldest millennials are now 37.

The top-ranked American city is New York at No. 8.

After Montreal, the drop off to the third best city for millennials—London, U.K.—is more notable than the difference between the top two cities.

What the three Canadian cities all have in common is their high score (9.9 out of 10) for immigration tolerance; personal freedom and choice along with startup ecosystems are also positives. Where they scored poorly was transportation, which includes public transit and Uber availability.

“Most millennials actually care more about housing and human rights than partying,” according to Nestpick.

After the baby boomers—born from 1946 to 1964—millenials are thought to be the next most influential and largest “generation” in society.

“Millennials grew up in a shrinking world, where the internet opened doors their parents never could have dreamed of, and budget airlines made those avenues real possibilities. It’s now possible to live and work anywhere in the world, and these opportunities are shaping how our planet will look to future generations,” said Ömer Kücükdere, Nestpick’s managing director, on its website.