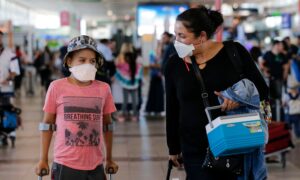 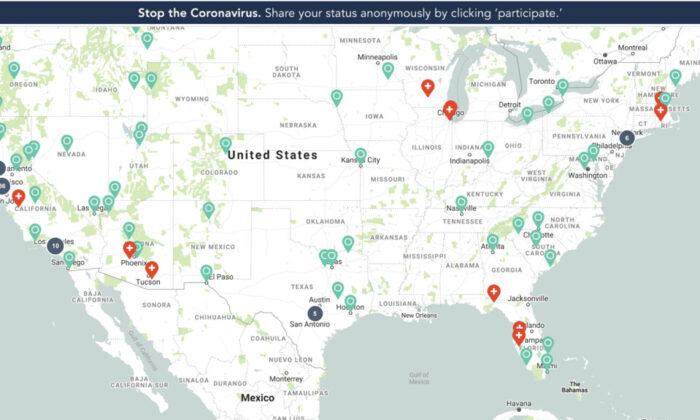 After a confirmed coronavirus case was announced near her home, a mother of two decided to build a website to better track areas with symptoms of COVID-19.

With her team of 12 working until 2 a.m. every morning in early March, Heather Sittig, CEO of Relola.com, put together a map where people can report symptoms of the virus in their area. People can report from anywhere in the world, and the website is updated instantly in real time.

Her company specializes in mapping data, so she thought, why not create a map of the virus for researchers?

“I thought if people can report how they’re feeling, then we could know where there’s sort of a surge in symptoms and have visibility into where this outbreak might occur next,” Sittig told The Epoch Times in a phone interview. “That way, we’d be able to be prepared and forewarn people that, hey, you’re in an area that’s high-risk for an outbreak; you might want to consider taking measures to prevent that, like self-quarantining or leaving town.”

To make a report, a person needs to sign up so that the back end can verify that it is a real person reporting and not a robot. She said once a person is authenticated, they are assigned a number, not their name, so the people signing up remain anonymous. Signing up is free of charge.

Within the first hour after the site was launched, hundreds of people signed up and reported their health statuses. The detailed map consists of pins scattered across the United States.

Green pins mean people reported healthy in that area. Red pins with a white cross indicate people are experiencing symptoms of the virus.

Each pin represents a general report in an area, not a report for every single person. For example, if there are 1,000 people reporting in San Francisco, there will only be one pin on that map.

The map does not show people who are diagnosed with the coronavirus. The total number of statuses reported in each state is circled in dark green. People can also update their health statuses if they feel they have developed symptoms.

“It gives us a ratio of the population that’s participating, and then researchers can actually extrapolate based on those ratios what the overall likelihood of the symptoms are in that area,” said Sittig. “So it’s really important to have healthy reporters as well as people who are experiencing symptoms.”

All the collected data could help public health officials assess the next surge of cases and prepare for that.

“If it ever happens again, then we already have people who are ready to report, and we could really stop something in its tracks fast. And that’s the whole idea,” Sittig said.