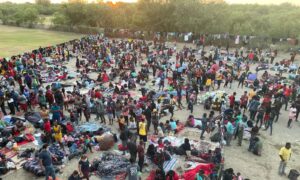 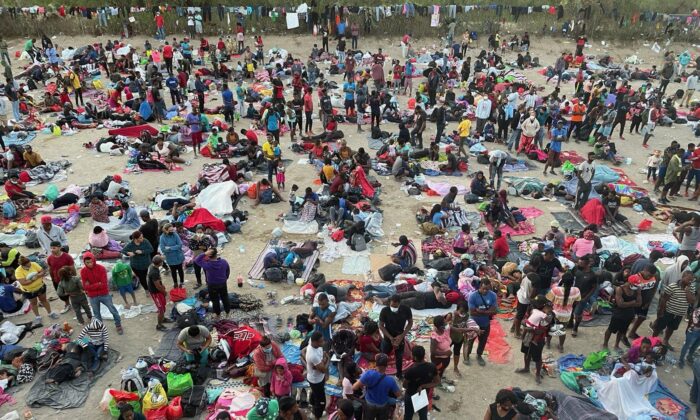 ‘This Is Illegal’: Republicans Question Biden Administration’s Ban of Drones at Epicenter of Border Crisis

The Biden administration ban on drones at the new epicenter of the border crisis may not be legal, according to Senate Republicans.

The Federal Aviation Administration, or FAA, imposed on Thursday the no-fly-zone for drones and other unmanned aircraft in Del Rio, Texas, where thousands of illegal immigrants have amassed.

“I believe that the reason that they’re limiting drone usage is because they don’t want the American public to know, and I think this is illegal,” Sen. John Kennedy (R-La.) said on “Fox & Friends.”

Sen. Ron Johnson (R-Wis.) also questioned the drone ban, which he said has grounded drones that were being used by news organizations to cover the border crisis.

The ban was imposed on the same day that Fox News flew a drone in the area and captured aerial footage of the immigrants.

The FAA said in announcing the ban that it was driven by “special security reasons.” Johnson asked what those reasons were. The agency told The Epoch Times in an email that Border Patrol requested the restrictions “due to drones interfering with law enforcement flights on the border.” Johnson asked for more details on the alleged interference.

“The FAA’s conveniently placed a ban on drones flying over the international bridge where [10,000 plus] illegal aliens are waiting to be processed—preventing media from covering the scene,” Babin wrote on Twitter.

President Joe Biden “doesn’t want you to see what a disaster he’s created,” he added.

CBP and the White House did not respond to early morning requests for comment. The FAA declined to say under what authority the agency issued the flight zone restrictions.

The White House did not hold a briefing on Friday and Biden traveled to Rehoboth Beach, Delaware for the weekend without speaking to reporters. He has no public events scheduled.

The FAA said Friday in a statement that Fox applied for and received clearance to operate drones in the restricted airspace and directed any other media organizations wanting to apply for exemptions to the restrictions to its website.

“As with any temporary flight restriction, media is able to call the FAA to make requests to see if it is possible to safely operate in the area,” the agency told The Epoch Times.

While Fox’s drones were still grounded, correspondent Bill Melugin went up in a helicopter with the Texas Department of Public Safety and recorded fresh aerial video footage and photographs.