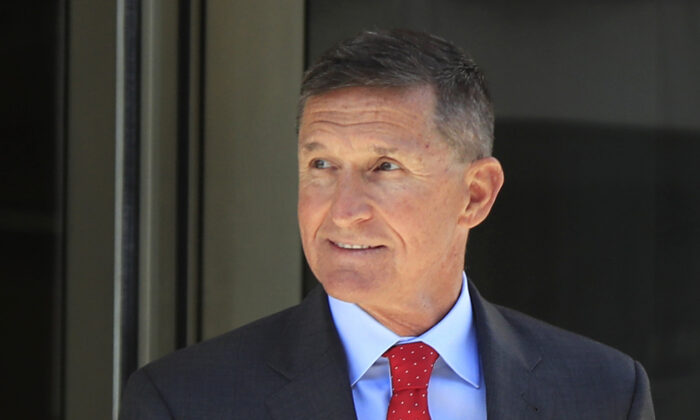 Acting Director of National Intelligence Richard Grenell has sent a copy of the declassified list of Obama administration officials who requested the “unmasking” of Lt. Gen. Michael Flynn to Congress.

“I declassified the enclosed document, which I am providing to you for your situational awareness,” Grenell wrote in his note to Sens. Chuck Grassley (R-Iowa) and Ron Johnson (R-Wis.).

The document was sent to senators in response to their request to the Office of the Director of National Intelligence (ODNI) and the Department of Justice (DOJ) to provide Congress with information regarding the “unmasking” of U.S. citizens by Obama administration officials during the time of the 2016 election through to January 2017. The senators have since released the list.

The note, signed by Grenell, was first obtained by CBS News’ Catherine Herridge on Wednesday.

Grassley and Johnson made the request in a letter (pdf) to Attorney General William Barr and acting Director of National Intelligence Richard Grenell on Tuesday following the revelation that Grenell had declassified information about Obama administration officials who were allegedly involved in the “unmasking” of Lt. Gen. Michael Flynn, whose communication with the former Russian ambassador during President Donald Trump’s transition period was leaked.

Sen. Rand Paul, who also requested the declassified information, has also released the list separately. He said that he would be inviting Grenell to testify in the Senate next week.

The names of that list include former Vice President Joe Biden, Obama’s then-chief of staff Denis McDonough, former U.S. Ambassador to the United Nations Samantha Power, former Director of National Intelligence James Clapper, former FBI director James Comey, and former Director of the CIA John Brennan. Along with names, the list also includes dates of when the recipient had requested the unmasking.

“Each individual was an authorized recipient of the original report and the unmasking was approved through NSA’s standard process, which includes a review of the justification for the request,” the declassified document said.

“Only certain personnel are authorized to submit unmasking requests into the NSA system. In this case, 16 authorized individuals requested unmaskings for [redacted] different NSA intelligence reports for select identified principals. While the principals are identified below, we cannot confirm they saw the unmasked information.”

Grassley and Johnson called on the officials listed in the document to confirmed whether they had reviewed the information and provide other information about their request.

“The officials listed should confirm whether they reviewed this information, why they asked for it and what they did with it, and answer many other questions that have been raised by recent revelations. We are making this public because the American people have a right to know what happened,” Grassley and Johnson wrote in a statement.

They also lauded Grenell and Barr for their transparency and responsiveness.

“Our investigation of these matters has been ongoing for years, and as information finally comes to light, our focus on these issues is even more important now. The records are one step forward in an important effort to get to the bottom of what the Obama administration did during the Russia investigation and to Lt. General Flynn. We will continue to review this information and push for additional relevant disclosures until we are satisfied that the American people know the full truth,” the senators wrote.

DOJ spokeswoman Kerri Kupec told Fox News’ Martha MacCallum on Tuesday that Grenfell provided the information about unmasking to the DOJ last week and that the information may be reviewed by U.S. Attorney John Durham in his investigation into the origins of the Trump-Russia FBI counterintelligence probe if it is considered relevant.

The release of the list comes as the DOJ dropped its criminal case against Flynn.

Flynn’s conversations with Russian ambassador Sergey Kislyak in late December were subject to unmasking requests and were illegally leaked to the media. The leak is widely believed to have eventually triggered the controversy that led to Flynn’s dismissal as Trump’s former national security adviser.

In the DOJ’s court filing to dismiss the case, Timothy Shea, interim U.S. attorney for the District of Columbia, argued that the DOJ did not have a case against Flynn because it determined that there was no legitimate purpose for the FBI to have interviewed Flynn.

“[T]he interview of Mr. Flynn was untethered to, and unjustified by, the FBI’s counterintelligence investigation into Mr. Flynn—a no longer justifiably predicated investigation that the FBI had, in the Bureau’s own words, prepared to close because it had yielded an ‘absence of any derogatory information,’” Shea wrote in the filing.