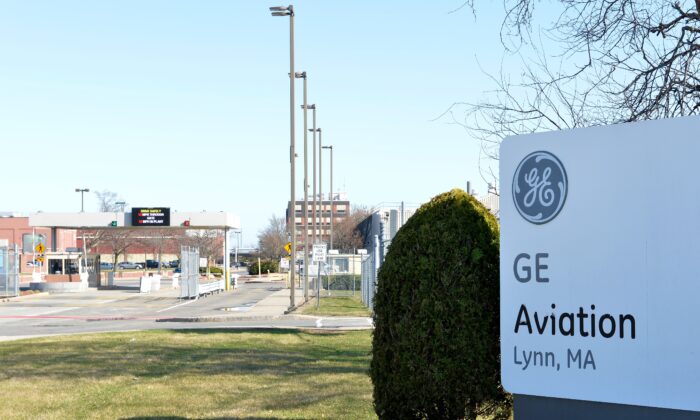 The entrance to the General Electric Aviation in Lynn, Massachusetts, on March 31, 2020. (Joseph Prezioso/AFP via Getty Images)
Crime and Incidents

The federal espionage trial of Chinese intelligence agent Yanjun Xu, who has been charged with recruiting spies to steal technology from U.S. aviation and aerospace firms, got underway in Cincinnati on Oct. 18.

Xu is a deputy division director of China’s Ministry of State Security (MSS), the intelligence, security, and secret police agency of the communist regime. He’s the first MSS operative extradited to the United States, which makes his trial the first of its kind, the Department of Justice has said.

According to prosecutors, the Chinese regime was attempting to steal know-how from U.S. aircraft companies, particularly from Evendale, Ohio-based GE Aviation, with the intent of replicating turbine engines, local news channel WCPO reported.

If convicted, Xu could face up to 15 years in prison.

The Chinese Communist Party has a goal of developing the “aircraft and aircraft components” industry—along with nine other industries—within its “Made in China 2025” plan, a 10-year economic plan that aims to turn the country into a high-tech manufacturing powerhouse.

Since December 2013, Xu had been contacting experts from aviation companies in the United States and other countries, including GE Aviation, according to the indictment. He started recruiting people to travel to China, all expenses paid, usually masquerading as academic trips. This went on until his arrest in Brussels on April 1, 2018, by the Belgian federal police. He was then extradited to the United States.

FBI agent Todd Vokas testified on Oct. 20 about content found on devices seized during the investigation.

“I put a USB drive in the eyeglass box in the middle of the bookcase, and it contains some encrypted documents,”  Xu wrote, according to Vokas. “If something happens, someone will come to you and tell you the password.”

When Xu was arrested, his colleague, Heng Xu, had a backpack that contained four cellphones, memory cards, hard drives, magnetic keys, card readers, SIM cardholders, and other devices, a Belgian federal police agent said. They also found $7,000 and 7,700 euros ($8,960), as well as plane and train tickets, passports, and credit cards.

Vokas conducted a forensic analysis on the four cellphones and determined that one of them had been erased remotely the day after Xu’s arrest.

One of the other cellphones had a note stating the materials and size of a fan blade, which prosecutors believe is linked to GE Aviation tech that China was aiming to replicate, Vokas said. The phone also contained family pictures from a GE engineer that Xu targeted for recruitment, according to prosecutors.

James Mulvenon, an expert on Chinese cyber and espionage issues and a Chinese military specialist, testified on Oct. 19 that aircraft development has given the regime difficulty.

“Aviation has actively been a key priority for decades, and a key source of frustration,” Mulvenon said.

He noted that China has been buying Boeing and Airbus planes, as they don’t have the capacity to build them.

“We have a real situation where somebody in the intelligence community of the Chinese government is recruiting spies and got extradited for doing it,” said David DeVillers, who supervised the case as a former U.S. attorney for the Southern District of Ohio. “This is espionage. This is real espionage.

“This particular trial will have the biggest impact on our relationship with China of any … criminal case that’s gone to trial of any individual. There’s no doubt about that.”

Jim Lewis, a former member of the U.S. Foreign Service and Senior Executive Service, emphasized the historic nature of the case.

“We’ve never been able to extradite … a Ministry of State Security intelligence agent from another country to the United States,” Lewis said. “Getting them on trial is really an important step toward making the Chinese rethink the cost of espionage.

“There’s already several hundred Chinese intelligence officers operating in the U.S. We aren’t going to be able to deter them, so we’re just going to have to catch more of them.”