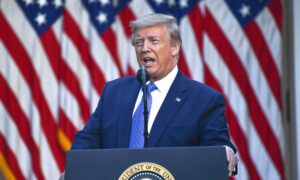 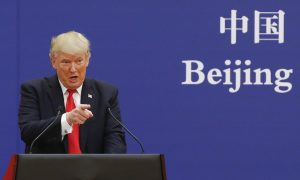 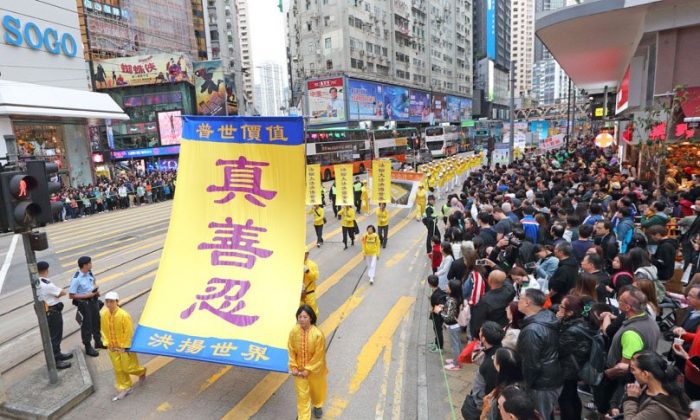 Hong Kong adherents of Falun Gong voiced concerns about their personal safety and basic rights upon China’s implementation of a national security law, during a recent closed-door online roundtable held with religious groups that included the U.S. Commission on International Religious Freedom among the attendees.

Falun Gong, also known as Falun Dafa, is a spiritual practice with meditative exercises and moral teachings based on truthfulness, compassion, and tolerance. Since July 1999, when the Chinese regime launched a nationwide persecution, the practice has been banned and heavily suppressed in mainland China. Thousands have been detained in jails, brainwashing centers, and labor camps, according to the Falun Dafa Information Center.

However, it is freely practiced by millions in over 100 countries and regions around the world, including Hong Kong.

Though the territory returned to Chinese rule in 1997, Hong Kong still guarantees freedoms not enjoyed in the mainland, including freedom of belief.

However, with China’s rubber-stamp legislature recently approving national security legislation for Hong Kong that would penalize activities considered related to subversion, secession, foreign intervention, among others, human rights groups expressed concern that the proposal would allow Beijing to crack down on dissent.

As with many dissidents, activists, and religious minorities, Falun Gong adherents in mainland China have been sentenced on charges such as subversion of state power—-a catch-call charge the regime often uses to silence its critics.

During the roundtable held on June 9, Ingrid Wu, spokeswoman for the Hong Kong Association of Falun Dafa, expressed worries that Beijing’s persecution of Falun Gong practitioners would be extended into Hong Kong once the security law takes effect. The event took place just before the U.S. State Department released its annual religious freedom report.

“We are afraid that Falun Gong will be treated like those practitioners in the mainland,” Wu said in a phone interview, and “no longer be able to freely practice our faith in Hong Kong and could be arrested…at any time.” The suppression could also be extended to other religious groups in Hong Kong, she added.

For example, applications to hold events in governmental venues have been continually denied, while adherents have been repeatedly harassed by pro-Beijing organizations since 2013 when holding public events to raise awareness about China’s persecution.

Most recently, in September last year, a local adherent named Liao Qiulan was assaulted by people believed to be connected to the regime, as she was leaving a local police station to arrange details for an upcoming Falun Gong parade.

Wu told the roundtable that local adherents feared that their rights for peaceful assembly and protest would be further denied after the security law is put in place, because “the activities exposing the CCP [Chinese Communist Party] crimes can also be considered subversion of state power,” she recalled to The Epoch Times.

She expressed worries that local practitioners could face torture or forced organ harvesting, as mainland adherents do.

Since the 2000s, the Chinese regime has been harvesting organs from prisoners of conscience, including Falun Gong adherents, to supply its transplant industry. A London-based China Tribunal, in its March report, concluded that the stated-sanctioned practice was still happening, despite claims by the regime that it would stop sourcing organs from executed prisoners and rely exclusively on a new voluntary donation system in 2015.

Wu urged U.S. ambassador-at-large for international religious freedom, Sam Brownback, to issue a statement “to address the threat to religious freedom in Hong Kong,” and called on the broader U.S. government to help secure Hongkongers’ rights to religious belief and assembly.

In response to Beijing’s proposal for Hong Kong, President Donald Trump said in late May that the United States would place sanctions on Hong Kong and Chinese officials who erode the city’s autonomy, and revoke the city’s special trading status under U.S. law.

Beijing has not formally responded to Trump’s announcement, but has said it is intent on implementing the law in Hong Kong.

Wu said that despite the impending threat, adherents in the city will continue to raise awareness about the regime’s persecution, and how its “ideology is a threat to humankind.”

“We will continue to tell more people about its hideous crimes, about what Falun Gong is, and why the Chinese regime chooses to persecute us,” she said. “Only when we persist, will authoritarianism [be exposed and] rejected by all people.”

This article has been updated to more accurately describe the online roundtable event.