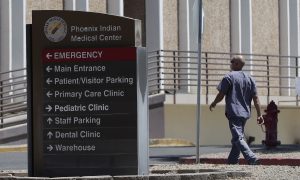 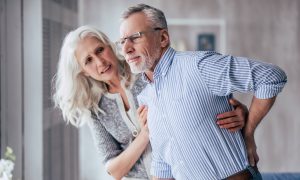 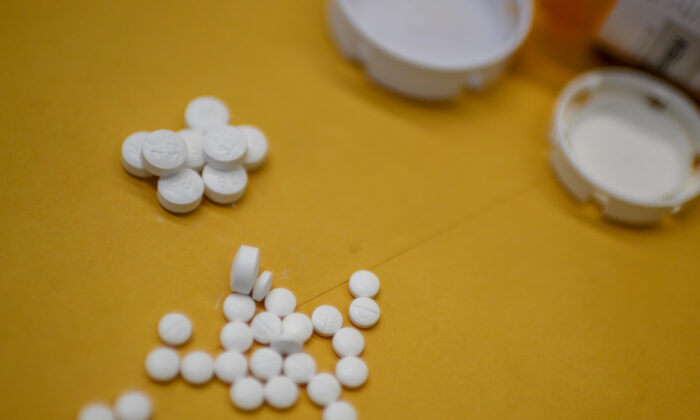 The Drug Enforcement Agency (DEA) was slow to address the opioid epidemic and authorized an increase in opioid production quotas despite the fact that overdose deaths were rising, according to a new report (pdf) by the Justice Department’s Office of the Inspector General (OIG).

The report, in one example, described how the DEA authorized a 400 percent increase in the production of oxycodone, a common prescription opioid between 2002 and 2013. The agency only started to significantly reduce the oxycodone production quota in 2017—with a 25 percent cut.

While the OIG acknowledged the DEA had taken some action to address the crisis in recent years, they said the agency didn’t do enough to address the significant rise in opioid use and diversion of opioids since the early 2000s. The report, in addition, detailed shortfalls in the DEA’s policies and regulations they said: “did not adequately hold registrants accountable or prevent the diversion of pharmaceutical opioids.”

“We found the DEA was slow to respond to this growing public health crisis and that its regulatory and enforcement efforts could have been more effective,” Inspector General Michael E. Horowitz said in an Oct. 1 video statement.

Continuing in his statement, Horowitz also said the agency “does not capture sufficient data to detect emerging drug trends or suspicious orders in a timely manner, which may have contributed to its overall slow response to the opioid crisis.”

The opioid epidemic claimed the lives of nearly 400,000 people between 1999 and 2017, according to the latest U.S. data. On average, the epidemic takes the lives of 130 people every day across the United States and was declared a public health emergency by the White House in October 2017.

“The DEA is the gatekeeper of opioid production and distribution in the United States and they were quite literally asleep on the job,” Jeffery Greco, a criminal defense lawyer and former prosecutor, told The Epoch Times.

“How else do you explain how something like this could be allowed to continue, despite the known dangers, year after year?”

The OIG, in its review, examined the regulatory activities and enforcement efforts of the DEA from the fiscal year 2010 to 2017 in regard to what it did to combat the opioid epidemic. The report’s introduction described the crisis as not only affecting public health but also the social and economic welfare of the country.

By one count, the opioid crisis costs the United States $78.5 billion per year when accounting for the cost of health care, lost productivity, addiction treatment, and criminal justice involvement, according to the Centers for Disease Control and Prevention.

To help the DEA better combat the crisis, the OIG made nine recommendations that will help the agency’s ability to detect the diversion of opioids. The Justice Department and the DEA have all agreed with these recommendations.

The DEA, per their mission statement, enforces laws and regulations in the United States and aims to bring to the criminal and civil justice system organizations involved in the “growing, manufacture, or distribution of controlled substances appearing in or destined for illicit traffic in the United States.”

‘Unacceptable on Every Level’

The OIG report also identifies weaknesses in the DEA’s registration process. The agency is responsible for vetting and registering anyone who wishes to handle controlled substances, including manufacturers, distributors, and health care practitioners.

Registrants, after having their registration revoked or surrendered, could reapply for registration again the day after, the OIG found. Greco described this as “appalling.”

“To call this appalling is an insult to the word appalling,” he said. “It doesn’t come close to explaining just how egregious this lackluster enforcement on the people who have made millions, if not billions, was in this deadly game.

“People are dying every day from it and all we get is a paper identifying the many ways in which the DEA has failed to do the one and only job that mattered most? This is unacceptable on every single level imaginable.”

Meanwhile, pharmaceutical maker Purdue Pharma, which made billions selling its prescription painkiller OxyContin, recently filed for bankruptcy as part of an agreement to pay back billions of dollars to communities ravaged by the opioid epidemic. More than 2,600 lawsuits assert the company aggressively sold OxyContin as a drug with a low risk of addiction, despite knowing it wasn’t.

Another OIG finding said the DEA didn’t “adequately collect, maintain, or analyze data in order to identify trends in use of controlled substances.” The DEA’s system of collecting suspicious orders was also incomplete.

Robert C. Whitley, an attorney based in Bucks County, Pennsylvania, who has been working with the local community to combat the opioid epidemic, said that his initial reaction to the OIG report is positive, as it’s an indication the Trump administration is stepping up efforts to address the problems.

“The OIG report does make it clear that prior to the Trump administration, the DEA was definitely lax on staying up with addressing the problems and regulatory issues relating to opioids, particularly the diversion of opioids,” he told The Epoch Times.

The OIG report did say both the justice department and the DEA recently increased efforts to address the opioid epidemic, “including increasing enforcement staffing and enforcement actions, and working more closely with federal and state partners.” But the office states that more work is needed.

In an Oct. 1 statement to The Epoch Times, a DEA spokesperson said they appreciated the OIG’s assessments.

“While only a minute fraction of the more than 1.8 million manufacturers, distributors, pharmacies, and prescribers registered with DEA are involved in unlawful activity, DEA continuously works to identify and root out the bad actors,” the spokesperson said via email.