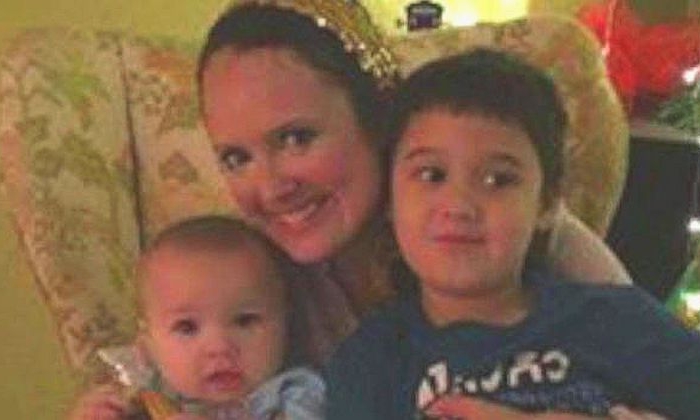 A missing Virginia mother and her two children have been found safe, according to officials on Wednesday.

Monica Lamping of Virginia Beach went missing over the weekend, prompting a widespread search. Now, officials have confirmed that she was located safely in a nearby state.

“Ms. Lamping and her two child have been located, safe, in an adjoining state. Investigators have determined that they left on their own free will,” Virginia Beach Police wrote in a statement on Wednesday.

Monica’s Jeep Cherokee was tracked going into Portsmouth at around 2 a.m. Sunday about two hours before authorities were sent to her home for a fire, police said.

“In regards to the residential fire, this investigation is being conducted by the Virginia Beach Fire Department,” the statement added, without elaborating further.

A dog and a cat were found dead in the fire, but no human remains were found.

Details about why she went missing are not yet known.

Lamping’s friend, Anne Shell, told WAVY10 that Lamping dropped off her children to go on a date with a man and then came back to retrieve them.

Moira Lamping, the current wife of Monica’s ex-husband, told ABC13 that firemen went to her home on Sunday to find them, noting that it isn’t like her to disappear.

She said, “Her best friend Anne did watch the kids last night for her to go on a date with somebody named Chad. That’s the only name we have on him, [and] that she met at a gas station … She picked the kids back up around 5:30 last night… She said something about car trouble and Chad could fix it.”

Shell also told the Virginian-Pilot that when firefighters contacted Monica Lamping, her phone was dead or turned off. “At that point, I got really scared,” she said, adding that the two texted one another during the evening before Monica sent her a final text.