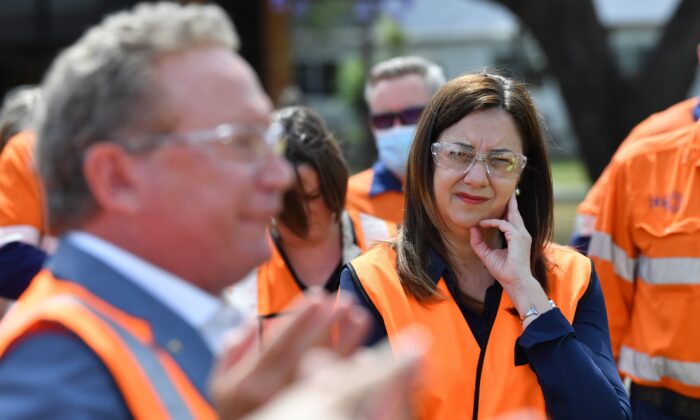 Mining Billionaire and Queensland Pair Up For Global Hydrogen Hub

Mining billionaire, Andrew Forrest, continues to ramp up Australia’s renewable export industry after partnering with the Queensland government to create a hydrogen mega-manufacturing centre on the state’s central coast.

Forrest’s Fortescue Future Industries (FFI) will inject $114 million into helping transform Gladstone into an international hub for both the production of green hydrogen-making equipment, known as “electrolysers,” and the creation and export of hydrogen itself.

“We don’t just want to export our resources—we want to develop a manufacturing industry capable of making the electrolysers in Queensland as well,” Palaszczuk said.

“Queensland is positioned ideally in the world for this being in close proximity to large Asian markets who are hungry for our exports,” Queensland Premier Annastacia Palaszczuk told reporters.

Forrest, who became known last year for a diplomatic misstep regarding China, said the developments would allow manufacturing to “come roaring back to regional Australia,” creating thousands of jobs in the process.

FFI has lauded green hydrogen as a critical resource towards de-carbonisation throughout transport, energy, and industrial sectors. The gas can be produced by passing an electrical current through water to generate hydrogen, making the process fully carbon-dioxide free or “green.”

“This initiative is a critical step in Fortescue’s transition from a highly successful pure-play iron ore producer to an even more successful green renewables and resources powerhouse,” Forrest said in a media release.

Forrest’s renewable-centred investments have already laid out plans for a 1 gigawatt (GW) solar factory in Australia—the first solar manufacturer in the sunlit nation—as well as the world’s largest, 20 GW solar farm to supply power to Singapore.

Queensland has begun to bloom as Australia’s hydrogen state after already establishing two early-stage deals with Japan—a deal for Origin Energy to supply 36,500 of hydrogen to Kawasaki Heavy Industries, and a joint export project between Stanwell and Iwatani Corporation which could generate up to $4.2 billion in hydrogen exports.

However, FFI will also be partnering with Incitec Pivot to fast track a feasibility study that will assess whether the site could be used to produce up to 50,000 tonnes of hydrogen per year to be converted straight into green ammonia.

“Green” ammonia, also produced using carbon-free processes, can be used as both a fertiliser and a fuel in long-distance cargo ships.

Forrest said the ammonia could be critically important in replacing the polluting fuels typically present on ships, with Queensland in an ideal position given “80 percent of all the ships which visit Australia come straight through Queensland waters.”

“When you consider that the fossil fuel powering those ships is made from the absolute dregs of the fossil fuel sector, sulphur-ridden, pollution-ridden fuels … it goes into the ocean,” Forrest told reporters.

“Green ammonia, though, is the world’s first and easily the best solution to the hideous pollution of ocean shipping. Green ammonia can be made right here. It can be put onto ships as they sail through Queensland waters; it can help decarbonize and de-pollute the world’s oceans.”