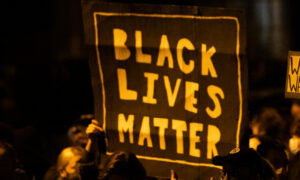 CHICAGO—The state of Michigan is suing Illinois in an effort to save the Great Lakes from an invasive fish.

On Monday, Michigan Attorney General Michael Cox said the U.S. Supreme Court should require Illinois to shut down Chicago area water ways to prevent the Asian carp from invading Lake Michigan. The lawsuit claims that if the carp are not stopped they will damage the Great Lakes ecosystem and hurt the area’s already struggling fishing industry.

"Stopping Asian carp is an economic and environmental necessity for Michigan," said Cox in a press release. "The Great Lakes are an irreplaceable resource. Thousands of jobs are at stake and we will not get a second chance once the carp enter Lake Michigan."

Initially imported to control algae in Southern U.S. catfish ponds in the 1970s, the prolific Asian carp have been making their way north up the Mississippi river for the last few decades.

The massive bighead carp can grow up to 5 feet in length and weigh 100 pounds or more. Although smaller, silver carp can fly in the air and pose a danger to boatmen. If left unchecked, experts say these foreign fish could dominate the Great Lakes region.

In 2002 the Chicago Sanitary and Ship Canal (CSSC) was outfitted with an electric barrier to prevent the Asian carp from entering the Great Lakes. Earlier this month poison was dumped into the CSSC to kill the fast growing carp population. Illinois recently allocated $3 million for research into the carp problem, and the state received an additional $13 million in federal funds to stop the Asian carp.

But Cox says that Illinois still isn’t doing enough to stop the fish, as recent DNA evidence suggests that Asian carp is only a few miles from Lake Michigan.

Cox wants to close the O'Brien Lock and Dam in the Calumet-Sag Chanel and the Chicago Controlling Works in the Illinois River. The lawsuit not only requests a comprehensive study of the Chicago waterway system to better understand the number of carp that are in these waters, but it also aims to permanently separate these waterways from the Great Lakes.

Though the locks the suit seeks to close are important shipping channels, Cox believes that drastic action must be taken to stop the Asian carp, whose presence could devastate the area.

"The U.S. Army Corps of Engineers has itself admitted allowing Asian carp into the Great Lakes would be an "ecological and economic disaster,"" said Cox.