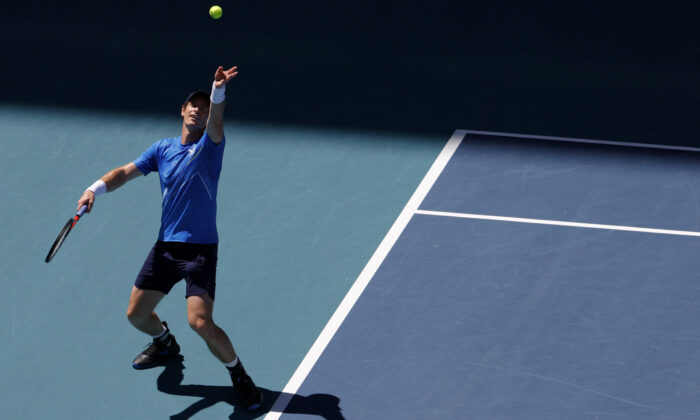 Daniil Medvedev outmaneuvered twice winner Andy Murray 6–4 6–2 in the second round of the Miami Open on Saturday.

The reigning U.S. Open champion and world number two launched four aces in the first set and got the break at love in the third game as Murray, three years on from hip surgery, moved around the court with a slight limp.

Murray, who notched up his 700th career win at Indian Wells two weeks ago, fended off two break points in the fifth game of the second set but Medvedev converted on his third chance as the Briton fell trying to pivot on the baseline.

Russian Medvedev converted again in the seventh, dropping just two of his first-serve points in the set, and closed out the affair in just under 90 minutes at Hard Rock Stadium. He next faces Pedro Martinez of Spain.

“It’s never easy when you play Andy,” said the top seed, who did not face a break in the entire match. “I knew that from the first to the last point on the match I had to be there.”

It was the sixth tournament in a row where three-time Grand Slam champion Andy Murray had gone out in the second round, after he lost to Aslan Karatsev in the final in Sydney in January.

“My level of tennis is obviously not right now where it needs to be to win matches like that,” Murray told reporters.

“Today there were some good signs on the court but the two sort of key things in tennis are serve and return, and I didn’t do either of them particularly well.”

The win puts Medvedev three wins away from returning to the top of the men’s rankings, after he lost his spot at the top following a stunning third-round loss to France’s Gael Monfils in Indian Wells.